Even Fox News caves in to Soros intimidation

Even Fox News caves in to Soros intimidation 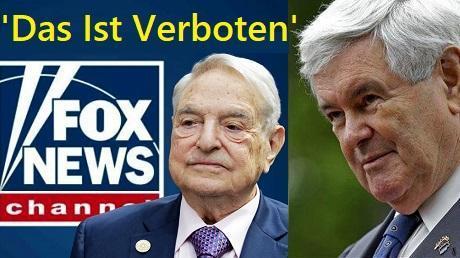 Former Speaker of the House Newt Gingrich appeared on Fox News’ Outnumbered yesterday to discuss the unrest in cities across America.  He then made an obvious and well-supported comment about district attorney races nationwide and got a stunning response. Watch:

Gingrich talked about a well-publicized an often reported initiativefunded through Soros organizations and others to elect progressive district attorneys nationwide. He makes the well-known observation that suspects arrested in these cities are often released without bail. Petty crime is not enforced in some of these jurisdictions.

Melissa Francis was the first to object. Then Marie Harf, one of the dumbest people in public life, cut him off. She is the same person who once suggested that ISIS would stop their wholesale murder in the Middle East and terrorist activities elsewhere if they had jobs. Hosts roundly and correctly mocked Harf on her current network, Fox News, for this ridiculous assertion at the time.

[WATCH] Marie Harf: ‘We Can Not Kill Our Way Out of This War’ with ISIS, We’ll Stop Them with ‘Jobs’

Harf displayed an astounding lack of knowledge regarding Sharia law and fundamental Islam. As Graeme Wood wrote in The Atlantic, in one of their honest reports, Sharia is a complete social system, not merely a religious system. It provides comprehensive economic and social support for adherents. But maybe jobs will fix the problem. Insane.

Yet, here she is, shutting down a former Speaker of the House and Fox News contributor making an utterly correct statement. Melissa Francis was the first to object.

“George Soros doesn’t need to be a part of this conversation,” Harf insisted. Harris Faulkner looked embarrassed and surprised, and there was an awkward silence.

“Okay, so it’s verboten,” Gingrich retorted. Another awkward silence followed where you could clearly hear the mic was cut off. Then Faulkner said the panel was going to move on. One has to wonder what she heard in her earpiece.

Newt Gingrich is not a bomb-thrower. He is a best-selling author of political commentary and books on history that are carefully researched and well-sourced. He is also deliberate in his analysis and well-grounded in his assertions.

He is undoubtedly well-supported in this commentary. Here is one example of a Soros funded district attorney in his own words. San Francisco District Attorney Chesa Boudin is the child of domestic terrorists jailed for a fatal armed robbery and was adopted by his parents’ good buddies, Bill Ayers and Bernadine Dohrn adopted Boudin. All of the adults were members of the Weather Underground. Jacobin magazine, an outright communist rag, interviewed Boudin during the election and was very excited about his candidacy.

One of Boudin’s first post-election pledges was to cease prosecuting public urination and other lifestyle crimes:

“We will not prosecute cases involving quality-of-life crimes,” he said. “Crimes such as public camping, offering or soliciting sex, public urination, blocking a sidewalk, etc., should not and will not be prosecuted. Many of these crimes are still being prosecuted; we have a long way to go to decriminalize poverty and homelessness.”

By March, Boudin had stopped enforcing many laws that keep neighborhoods safe and protect private property. From Law Enforcement Today:

Last month, Boudin suspended the prosecution of a man who attacked a San Francisco police officer with a liquor bottle, forcing police to use deadly physical force on him. The criminal survived his injuries, however Boudin implied that there was a possibility that the officer(s) could be charged in the case. This sparked outrage from the San Francisco police union.

Last week, Boudin announced that his office would no longer prosecute people who were charged with offenses emanating from pretextual searches related to traffic stops. In other words, if someone was stopped for a traffic violation and was found to be in possession of drugs or weapons, those charges would not be prosecuted.

Boudin has also refused to prosecute so-called “low level” crimes such as shoplifting, and in January announced that he was basically putting an end to cash bail.

The city is in such a state of disarray, Fox News host Tucker Carlson did an entire five-part series of reports called “American Dystopia” on it. Here is the first one:

In response to seeing the clip on Fox where Gingrich was silenced, Robby Starbuck was incensed. He did an extensive thread on the reporting of George Soros’ funding of district attorney races involving progressive candidates. Boudin is just one example. Others include the district attorneys in Philadelphia, San Diego, St. Louis, Austin, Florida, Arizona, Colorado, Illinois, Georgia, New Mexico, and Wisconsin.  The earliest example Starbuck found was Caddo Parrish in Louisiana. The Soros organization spent $406,000 in the race that represents 250,000 residents in 2015.

This exchange was a horrible moment for Outnumbered. One of the greatest strengths of Fox News is the number of hosts, commentators, and guests who say they are not censored or edited. Tucker Carlson has often asserted he has complete control over the content of his show. Dave Rubin has said he has never been told there was something he couldn’t say.

The microphone being silenced and Faulkner’s awkward transition was a disturbing moment for viewers, and one they need to ensure does not occur again.

Outnumbered host Harris Faulkner had the following to say about the exchange between Gingrich and the other panel members according to The Washington Examiner:

“So, we had a little incident on the show yesterday that was not smooth,” she said. “While I was leading that segment, we had interruptions, and I sat silently while all of that played out. Also not ideal. Our guest, former House Speaker Newt Gingrich, who is beloved and needed to be allowed to speak with the openness and respect that the show was all about, was interrupted. Do we debate with fire here? Yes. But we must also give each other the space to express ourselves.” 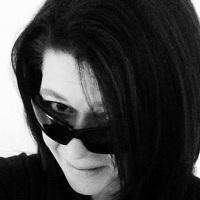 Author: Stacey Lennox is a recovering Fortune 500 executive and healthcare professional. One day in 2015 she was hit by a truck, literally. That changed everything. Now she uses her experience to comment on politics and public policy. She also assists others in growing their businesses and not for profit organizations. In addition to writing, she can be heard on the weekly Loftus Party podcast with comedian Michael Loftus and multiple shows a week on KLRN Radio