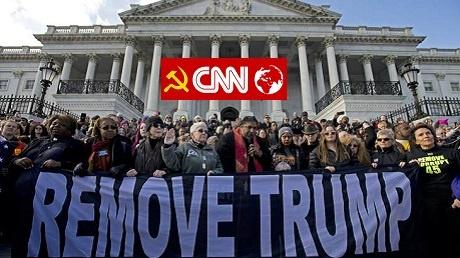 Stephen Collinson, CNN’s White House “reporter,” really, really wants you to take this latest impeachment business seriously. “Trump’s trial set to rock Washington and echo through the ages,” he wrote this morning in an “analysis,” and his breathless excitement fairly leapt from the screen. The question at hand, he informs us, “is whether a president who loses reelection can get away with a violent coup attempt in a desperate bid to stay in power.” Is that what Trump did? Stephen Collinson thinks so, and CNN thinks so, and you better think so yourself, and pronto, or the arbiters of acceptable opinion will before too long come for you, too.

As the trial began, Senator Chuck Schumer (D-Sinister) proclaimed that these were the gravest charges that have ever been brought against a president of the United States. Collinson is reading from the same playbook, and makes it absolutely clear what you are to believe: he bemoans “the former commander-in-chief’s likely acquittal for inciting a deadly mob assault on the Capitol” and claims that this acquittal “will echo through generations and may influence the outcome of some unknowable future test of US democracy.” He castigates the “consistent cowardice of Republicans who refuse to hold Trump to account.” He intones that the “events of the next week or so will inform the country’s capacity to move on from a traumatic presidency that left it as divided as at any time since the Civil War.”

The trial, he declares, begins “just a month after a now infamous day, when Trump greeted a huge crowd in Washington already primed for revolt by his weeks of false claims of election fraud. The subsequent invasion of the US Capitol during a joint session of Congress to certify Biden’s election victory led to five deaths and saw Trump fans parading unimpeded through the halls of the iconic building as lawmakers fled to safety.” And if “whipping up a rebellion against the peaceful transfer of US power is not an impeachable offense, nothing is.”

Sure, buddy. Collinson extends his hysterical rant to 1,700 words, but never gets around to quoting Trump saying, in the speech in which he was supposedly inciting a violent coup attempt, that “today we will see whether Republicans stand strong for integrity of our elections, but whether or not they stand strong for our country, our country.” Of course, there are numerous historical precedents for leaders claiming to be protecting what they are in the process of destroying, so Trump’s saying that he wanted Congressional Republicans to safeguard the integrity of our elections doesn’t in itself mean that he didn’t want to destroy that integrity. But Collinson does not even deign to consider the possibility that Trump may have meant what he said.

Even worse, in his windy piece, Collinson never finds time to quote Trump saying: “I know that everyone here will soon be marching over to the Capitol building to peacefully and patriotically make your voices heard.” How this supposedly mindless, programmed mob is supposed to have understood “peacefully and patriotically make your voices heard” as “storm the Capitol and terrify AOC in the next building over” is unclear. Doubtless, only superior minds such as those of Collinson, Schumer, and their ilk can explain it.

Nor does Collinson bother to consider the implications of the increasing evidence that the Capitol riot that was supposed to have been incited by the lawless Trump was actually planned in advance, or that it began before the president was finished speaking, making it impossible that the mob acted on Trump’s dog-whistled orders.

And dog-whistled it must have been, since Trump made no call to commit any violence, much less to stage a coup, in his remarks on January 6 or at any other time. But Collinson, like Schumer and the other Democrats on the Hill in their rabid, foaming-at-the-mouth hatred for Trump, has long since departed from anything remotely resembling genuine rules of evidence. Collinson summed up their approach when he stated: “The claim that a former president cannot be tried after being impeached relies on a hyper-literal reading of the Constitution.”

Of course. We reject a “hyper-literal” reading of the Constitution, and then we can see whatever we want in it. We ignore the legal definition of incitement, and try the former president based on the assumption that he meant, and was understood by his audience to mean, exactly the opposite of what he actually said. In one sense, Stephen Collinson is right: this impeachment fiasco is going to reverberate through the ages, and have untold negative consequences for free Americans. If a man can be tried on no grounds and no evidence, no one is safe. If the elites want to get you, they will. Donald Trump told us repeatedly that the real target wasn’t him, it was us. In the coming years, there will be numerous reasons to call that statement to mind. 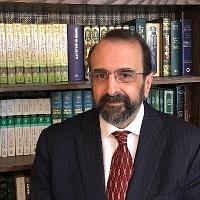 Author: Robert Spencer is the director of Jihad Watch and a Shillman Fellow at the David Horowitz Freedom Center. He is author of 21 books, including the New York Times bestsellers The Politically Incorrect Guide to Islam (and the Crusades) and The Truth About Muhammad. His latest book is Rating America’s Presidents: An America-First Look at Who Is Best, Who Is Overrated, and Who Was An Absolute Disaster. Follow him on Twitter @jihadwatchRS. Like him on Facebook here.