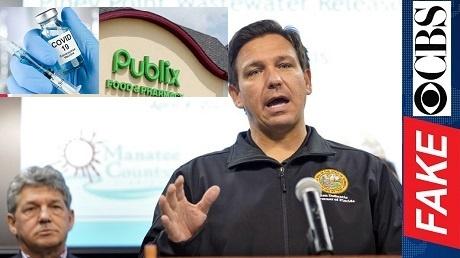 CBS has been accused of deceptively editing a fiery exchange between Florida Gov. Ron DeSantis (R) and a reporter for “60 minutes.” The exchange occurred during a recent press conference near Orlando with the governor speaking about the COVID-19 vaccine rollout.

Campaign finance reports obtained by 60 Minutes show that weeks before Florida Governor Ron DeSantis announced a partnership with Publix grocery stores to distribute the vaccine in its pharmacies, Publix donated $100,000 to his PAC. https://t.co/bS3ZBeET1W pic.twitter.com/BSUlpVbXSP

Meantime, the unedited version of the interview appears to have been removed from the “60-minutes” YouTube page.