Why We Celebrate Columbus Day 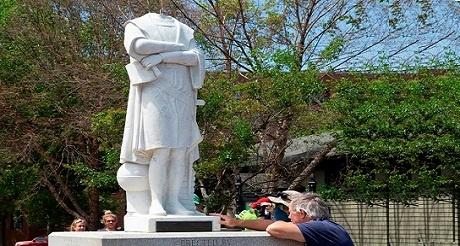 Why We Celebrate Columbus Day.

Defenders of a free republic, here in the United States and across the Americas, should appreciate the work of the Great Admiral of the Ocean and challenge the dirty war against him.

On October 12, 1492, an Italian explorer at the service of Spain discovered the American continent. The feat that Christopher Columbus achieved was monumental and the legacy even more so. Up until 1971, when the holiday’s observance was changed to the second Monday of October in the United States, the celebration of the New World’s discovery was consistent throughout most of the Western Hemisphere. Enemies and other haters of Christianity, Western Civilization, republican governance, and free societies have made it a mission since the late 1980s to character assassinate the great Genovese navigator. Why, whom, and for what?