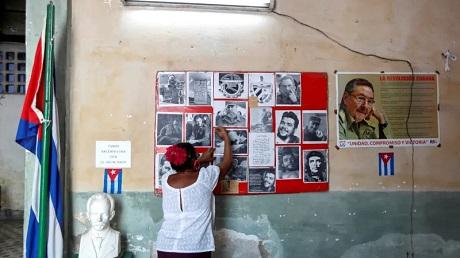 It has been a long-standing myth that Cuban communism is an educational giant. The evidence contradicts this propaganda stunt. It’s a shame that media like Axios play the role of puppets and misinform.

Fidel Castro’s ideological coup d’état on the movement to oust the authoritarian regime of Fulgencio Batista ushered in Cuban communism. From its prenatal state in the Sierra Maestra Mountains, his rhetoric was founded and nurtured upon lies. A complicit American media facilitated the proliferation of all the falsehoods of the closet tropical Marxists. Herbert Matthews— a New York Times reporter who first interviewed Castro in the Oriente province mountains in 1957—lied to the world about the number of “guerrillas” present, their activities, and the socialist inclinations of the Castro brothers. The deceit on the media’s part continues to this day.

El American is a bilingual digital media platform focused on providing information, opinion, analysis and good journalism to the fastest growing audience in the United States: Hispanics. In a landscape dominated by left-wing, biased and unprincipled media, El American emerges as an attractive alternative for all Hispanics completely orphaned of reliable information and framed in an openly honest editorial line: we believe in freedom.
Next