Shen Yun: Classical Dance at the Service of Freedom 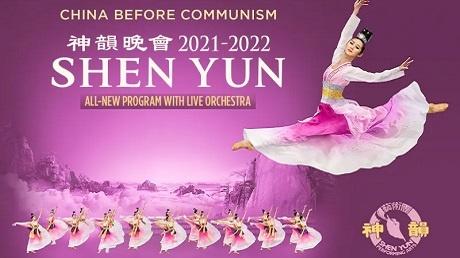 Shen Yun: Classical Dance at the Service of Freedom.

The oligarchic mafia, which relies on global partners like Communist China to spread its poison, has been heroically challenged in the cultural sphere.

Freedom’s most ardent front is being fought in the cultural realm. Therefore, when a major performing arts production company decides to do a world tour that promotes traditional values, a transcendental ethos, and directly challenges the world’s most powerful menace to liberty, it warrants support. This is why I went to see Shen Yun 2022: China Before Communism.

Although prompted to attend for moral principles and political conviction, the experience went further. Cultural Marxism and postmodernism’s dictatorship of relativism, as Pope Benedict XVI called it, has animated symptoms like Cancel Culture, woke propaganda, fundamentalist secularism, and identarian paganism. Private institutions, once esteemed components of civil society, have been hijacked and are now revered leaders in this materialist crusade against piety, republican governance, family, and natural law manifestations like freedom.