Lilo Vilaplana’s ‘El Caballo’: A Film About Destitution in Cuba 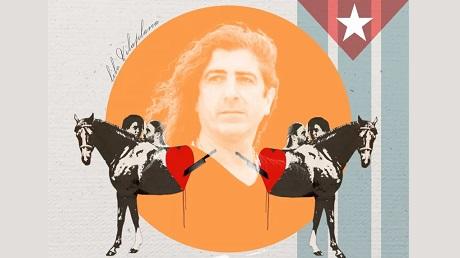 Lilo Vilaplana’s ‘El Caballo’: A Film About Destitution in Cuba.

This time the awarded film director has focused on the daily struggles by ordinary folks for basic needs in Cuba.

Lilo Vilaplana is at it again. Another superb film! This time the awarded film director has focused on the daily struggles by ordinary folks for basic needs in Cuba and the system of entrenched corruption it engenders. This all too familiar scenario within all communist countries, is vividly showcased in this movie.

Interview 'The horse' by Lilo Vilaplana: a film about the hardships in Cuba:

El American could not pass up the opportunity to talk with Lilo Vilaplana about this latest silver screen jewel, “El caballo” (The Horse). Seeking to portray the challenges of meeting daily life necessities amid the scarcity in socialist systems, it places the viewer in those intricacies.

Continuing along the track of letting the audience grasp the realities of life in closed societies, “El Caballo” follows the path of films such as “The Lives of Others” (2006).