Lessons From Reagan and the Fall of the Berlin Wall 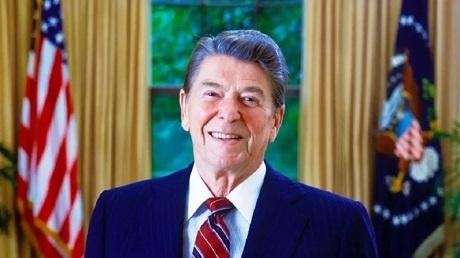 Lessons From Reagan and the Fall of the Berlin Wall.

When dealing with communism and its latest mutations, today’s Free World’s leaders should adopt aggressive confrontational plans as Reagan did. Words not followed by effective action are hollow.

By the time Ronald W. Reagan had pronounced his emblematic “Mr. Gorbachev, tear down this wall” speech before Berlin’s Brandenburg Gate in 1987, a war of liberation had been waged by the 40th U.S. President against Soviet communism for over six years. Never accepting the defensive strategy of containment—which categorized the Truman Doctrine, as definitive in the Free World’s response to Marxist worldwide tyranny—Reagan replaced America’s foreign policy strategy towards Soviet expansionism and hegemony with one of, not just containing the evil menace of communism, but structurally rolling it back. No one had more to do with the fall of the Berlin Wall and the collapse of the Soviet version of communism than Reagan.