Jan. 6: One year after the U.S. Capitol riot 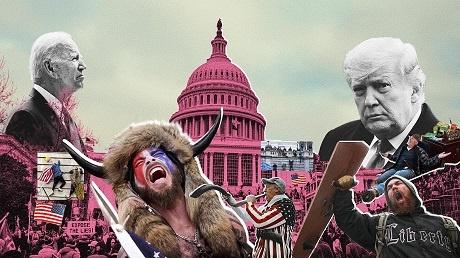 Jan. 6: One year after the U.S. Capitol riot there are still no charges of insurrection.
Insurrections are organized acts of violence that aim for the overthrow of a political system, and they have happened throughout Central and South America.

This Jan. 6 marks one year since a group of people, mostly Trump supporters, made an illegal entry into the U.S. Capitol Building on the day a joint session of Congress was set to convene to formally certify Joe Biden as president.

The Left, firmly in control of the Democratic Party has found in the events of Jan. 6, its version of the 1933 Reichstag fire tragedy, which was used to justify escalated police state measures throughout Germany.

First, and most importantly, labeling the J6 incident an “insurrection” is obscene and fraudulent. It abuses language and concepts that have already an established legal definition, which is clearly guided by political objectives. This is because the events of Jan. 6 did not amount to an “insurrection.”