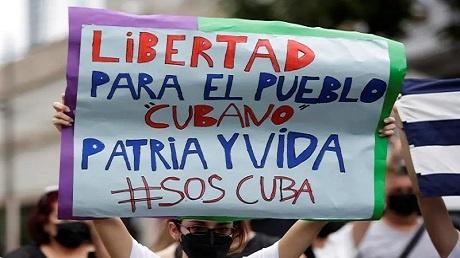 Cuban Protests Confirm Freedom is Coming—And There’s No Stopping It.

Despite the lukewarm response from the western world and, specifically, from the Biden-Harris administration, the Cuban people are determined to end Cuban communism

There is no question that the Civic March for Change in Cuba (15N) scheduled for the 15th of November did not match the multitudinous 2021 Cuban Uprising of the 11th of July (11J) in sheer numbers. Varying factors contributed to this. Primarily, the reasons for this impediment include the Draconian militarized siege of Cuba, a heightened crackdown on potential protesters, as well as the bizarre episode where the former leader of Archipiélago, the main group which organized the 15N event, disappeared and then mysteriously reappeared in exile in Madrid a few days later. However, the facts surrounding the general discontent on the island support the premise that Cubans are taking their civic fight for freedom more intensely.