Harris at D.C. Pride Parade: Transgender Community Must Be 'Protected'

Vice President Kamala Harris and her husband, second gentleman Doug Emhoff, made an appearance Saturday at the Pride parade in downtown Washington, D.C.

During her appearance, Harris spoke to those in attendance and called for the Senate to pass the Equality Act, legislation the U.S. House of Representatives passed in February which would eliminate the legal definition of biological sex, cater to gender ideology, and designate protection for the unborn as “pregnancy” discrimination.

The @SecondGentleman and I stopped by Capital Pride today! pic.twitter.com/vjx1k9DD5z

“We need to pass the Equality Act,” Harris said. “We need to make sure that our transgender community and our youth are all protected. We need still protections around employment and housing.”

“There is so much more work to do and I know we are committed and we understand the importance of this movement and our roles of leadership in this ongoing movement,” Harris added. “So happy Pride, everyone.”

During Harris’s time at the downtown Pride parade, one unidentified individual asked her when she would visit the border, a question she has faced numerous times over the last few months but has not fully answered.

BREAKING/Exclusive – @vp @KamalaHarris makes unannounced stop with @SecondGentleman in downtown DC and gets asked when she will visit the border.

“When are you going to the border,” the individual shouted as Harris walked down the street and entered a vehicle to quickly escape the crowd and questions.

Harris, who has been tasked to oversee the crisis at the southern border by President Joe Biden, has yet to make a trip to the U.S.-Mexico border, telling NBC’s Lester Holt, who pressed her on the issue, that she will visit “at some point.”

“You haven’t been to the border,” Holt responded.

“And I haven’t been to Europe,” Harris said as she laughed. “And I mean, I don’t understand the point that you’re making. I’m not discounting the importance of the border.” 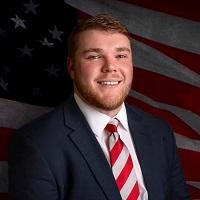