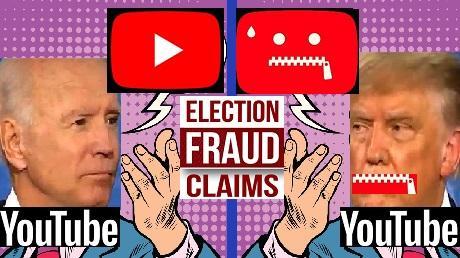 YouTube announced Wednesday that the Google-owned video platform would be removing content critical of the 2020 election results and instead would only promote coverage from corporate media.

“Yesterday was the safe harbor deadline for the U.S. Presidential election and enough states have certified their election results to determine a President-elect,” YouTube released in a statement. “Given that, we will start removing any piece of content uploaded today (or anytime after) that misleads people by alleging widespread fraud or errors changed the outcome.”

It’s clear, however, that YouTube’s censorship is a one-way street. The new rules delegitimize claims of fraud in a pandemic contest that featured record-turnout in mail-in voting as nothing more than a bogus conspiracy theory.

YouTube is right that former Vice President Joe Biden is indeed the president-elect, capturing 306 electoral votes to President Donald Trump’s 232. The Trump campaign however has launched a series of legal challenges in several tipping-point states contesting the outcome, pursuing every avenue to prove its claims in court. Whether there was enough fraud to tip the race in Biden’s favor last month remains to be seen. Whether fraud actually took place, there’s no question.

While YouTube preemptively tears down content it disagrees with, a number of other conspiracy theories abound on the platform uncensored, ranging from Democratic claims that Russia successfully hacked the 2016 election to decrying the 20th century moon landings as a hoax.

Here are four conspiracy theories YouTube’s own code on misinformation ought to rip off the site if its philosophy on fake news was applied consistently:

A favorite narrative of the Trump-era media, which has come to include big tech at this point, claims that Russia successfully stole the 2016 election with a couple hundred thousand dollars in online ads to land a covert Kremlin operative in the White House.

Hundreds of videos remain published on YouTube by the same outlets explicitly promoted by the company pushing the Russiagate narrative, the debunked conspiracy peddled by Democrats since before Trump even took office. While a special counsel investigation conducted for more than two years by Robert Mueller should have put the claims to rest, legacy media, and therefore our Silicon Valley overlords, have kept the story alive.

Former President Barack Obama claimed Trump was “undermining the Postal Service in the run-up to the election that’s going to  be dependent on mail-in ballots so people don’t get sick.”

House Speaker Nancy Pelosi said Trump was out to “sabotage the election” through the Postal Service to “disenfranchise voters.”

“Trump: Clearly I’m Screwing With The Post Office To Sabotage The Election,” the magazine headlined.

Of course none of this actually happened. No voters were denied their right to vote in this election because of sweeping last-minute changes implemented to curb Democratic turnout. To the contrary, it was Democrats in key swing states who initiated last-minute rule changes to their own benefit. It’s good cover to accuse the other side of engaging in the same conduct Democrats were performing themselves, and it’s even better when the media is in on the game.

And of course, it’s another Democrat conspiracy that made the rounds on YouTube.

Beyond partisan conspiracies lie fringe theories that might be interesting to watch, but are just as untrue, just like the idea that the terrorist attacks on 9/11 were an inside job.

On Tuesday, former Israeli space security chief Haim Eshed told Israel’s Yediot Aharonot newspaper that aliens are real, that Trump knows it, and that the U.S. has been in contact with a “Galactic Federation.”

Eshed told the paper that Trump was on the verge of blowing the secret but was told not to in order to avoid “mass hysteria.”

“The Unidentified Flying Objects have asked not to publish that they are here, humanity is not ready yet,” Eshed said.

After 16 seasons of “Antient Aliens,” however, humanity is ready. 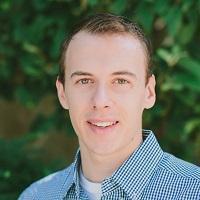 Author: Tristan Justice is a staff writer at The Federalist focusing on the 2020 presidential campaigns. He has also written for The Washington Examiner and The Daily Signal. Tristan graduated from George Washington University where he majored in political science and minored in journalism. Follow him on Twitter at @JusticeTristan or contact him at This email address is being protected from spambots. You need JavaScript enabled to view it..