Why should Venezuelans vote for Trump?

Why should Venezuelans vote for Trump? 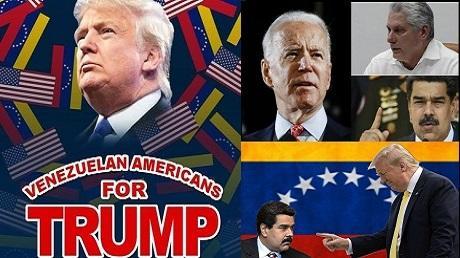 Why should Venezuelans vote for Trump? Biden, as Obama’s VP participated in the relaxation of the embargo against the great ally or colonizer of Venezuela, Castro’s Cuba, in contrast to the hardening of sanctions against that regime that Trump put in effect.

Joe Biden has telegraphed from the start that his administration would strictly run for four years. I strongly doubt that a Maduro regime change will find its way into the presidential agenda. Meanwhile, with a Donald Trump reelection to a second term it can be foreseen as more probable and viable that Trump’s gaze will come down on secondary matters (for the U.S.) although a priority for Venezuelans.

Biden, as Obama’s VP participated in the relaxation of the embargo against the great ally or colonizer of Venezuela, Castro’s Cuba, in contrast to the hardening of sanctions against that regime that Trump put in effect. These actions by Biden to offer resources to Castro as opposed to those by Trump to deny them, should be weighed by Venezuelans with U.S. passports. And the measures taken by Trump against the Chavista regime and its minions is not a campaign promise but rather a reality.

Trumps record-leading 60-country coalition to recognize Guaidó is another real and strong fact, as is his iron-fisted opposition to the regime in Iran, another great ally of Maduro, Iran is trying to get him out of trouble. Meanwhile, the Obama/Biden binomial was sending unmarked bills in pallets aboard cargo planes to Teheran, but Trump go out of the Obama plan that by now would mean that Iran would be at the threshold of having nuclear missiles (with Venezuelan uranium).

Although Democrats such as Hillary Clinton have paid for fake dossiers of collusion between Trump and Putin, the sanctions that Trump has placed against Putin are another example of “facts, not words” as nobody has opposed Russian example more than Trump. While Obama send blankets to Ukraine, Trump sent tanks to stop the Russian advance. And talking about Ukraine, Hunter Biden (Joe’ son) became a Member of the Board of Barisma, “earning” thousands of dollars a month when he didn’t know the first thing about energy. He additionally received a $3.5 million check from the former mayor of Moscow. The Bidens refuse to give explanations about it. Does the reader believe that Biden will turn the screws on Putin to stop aid to Maduro?

Another Maduro ally is China. Hunter Biden went with his father aboard Air Force 2 to Beijing, returning from the trip with $1.5 billion for his newly founded hedge fund. Does the reader believe that Biden will pressure Xi to stop aiding Maduro?

Therefore, Biden is not going to pressure Cuba nor Russia nor China to stop supporting Maduro’s dictatorship, but Trump is the opposite, ha had pressured these odious regimes and it can be foreseen that he will do much more, not much less.

Crony socialists Biden & Biden, Inc. allege they are not socialists like Bernie Sanders. This is how they plan to anesthesize Venezuelans with their thesis that Biden will oppose Maduro. Hunter’s uncles, Frank and James became billionaires during the Obama/Biden term with juicy contracts in Iraq, Costa Rica and Jamaica. It seems to me that Biden & Biden, Inc. is more like Diosdado Cabello, Maduro’s #2. The Biden’s fortune comes from the good fortune of a Biden VP for Obama, and his hair is not God given but rather as fake as his fake support for Venezuelan democracy.

It is true that Trump has not extended TPS, Temporary Protection Status for Venezuelans, but be reminded that the courts have turn TPS from temporary to permanent, and that Trump is searching for another program to grant truly temporary protection until the storm passes and the country is able to shake itself from socialists and social parasites that have looted the gold and clogged up the oil. 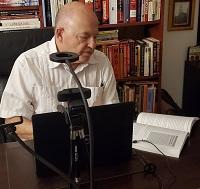