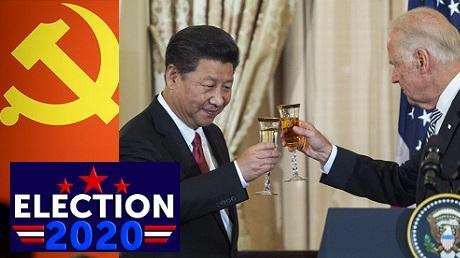 Director of National Intelligence John Ratcliffe is considering not signing an intelligence report to Congress if it does not accurately reflect an ongoing debate among intelligence community career analysts over Chinese attempts to influence American voters in the 2020 election, according to a source familiar with the issue.

The intelligence report on foreign efforts to influence the 2020 election is due to Congress on Friday, but Ratcliffe is concerned it will not accurately reflect the debate among senior intelligence community analysts as to the extent of China’s influence operations during the election, according to the source.

There is allegedly “ample” raw intelligence about China’s intentions and actions related to the election, with more intelligence reporting coming in everyday. Some of the influence operations include social media campaigns seeking to amplify messages such as that President Donald Trump is a white supremacist.

However, senior career analysts disagree on the significance of those influence operations. Some analysts argue that they were minimal or ultimately not acted on, while others say it is extensive and far more than previously known. The disagreement includes whether there should be a China section in the report, according to the source.

Despite this serious debate, Ratcliffe is concerned that proper tradecraft — which would require that the disagreement be reflected in the report with both views represented — will not be followed simply in order to deprive President Trump of a potential political talking point.

In other words, Ratcliffe is concerned that the intelligence report would be written in a way due to politics — the very definition of politicization of intelligence, and only bury real and growing concerns about China from the intelligence community.

Good to see Ratcliffe stepping up and addressing the China issue inside the IC. This appears to be a textbook case of intelligence being politicized by a handful of careerists in the bowels of the CIA. They don’t want to give Trump the talking points that China was engaged in election influence operations, but we all know they were.

Ratcliffe has applauded the growing focus among the intelligence community on China, which he said for the last few decades has prioritized counterterrorism. He wrote in an op-ed on December 3 in the Wall Street Journal:

Within intelligence agencies, a healthy debate and shift in thinking is already under way. For the talented intelligence analysts and operators who came up during the Cold War, the Soviet Union and Russia have always been the focus. For others who rose through the ranks at the turn of this century, counterterrorism has been top of mind. But today we must look with clear eyes at the facts in front of us, which make plain that China should be America’s primary national security focus going forward.

The intelligence report would go to Congress in a classified form, but would be released in an unclassified form to the public weeks afterwards, which will certainly fuel public discussion on Chinese election interference, as President-Elect Joe Biden seeks to move past what for many was a contested outcome.

The current IC debate is similar to a debate that was not reflected in the Obama administration 2017 Intelligence Community Assessment, which alleged Russia interfered in the 2016 election to specifically hurt Hillary Clinton and help Trump.

There was fierce debate among intelligence agencies over whether Russia’s goal was to help Trump or just to sow discord, but that debate was not reflected in the ICA, which was then used as a talking point by the left that the Trump campaign and Russia had colluded. After several years and millions of dollars, Special Counsel Robert Mueller found there was no criminal collusion, conspiracy, or coordination between the Trump campaign and Russia.

The intelligence report only covers foreign influence operations related to the election, not voter or election fraud or election security. 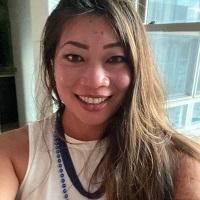