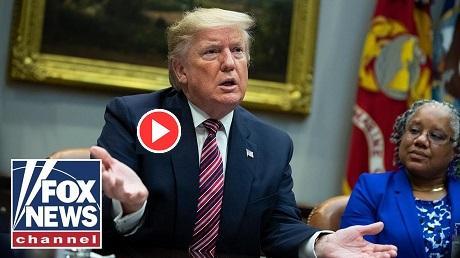 President Donald Trump said during a phone interview on this week’s broadcast of Fox News Channel’s “Sunday Morning Futures,” the FBI and the Department of Justice was “missing in action” on claims of massive fraud in the 2020 election.

Bartiromo said, “You have laid out some serious charges here. Shouldn’t this be something that the FBI is investigating? Are they? Is the DOJ investigating?”

Trump said, “Missing in action, can’t tell you where they are. I ask, are they looking at it? Everyone says yes, they’re looking at it. Look, where are they with Comey, McCabe, and all of these other people? I said I’ll stay out of it. I wish I didn’t make that statement. There’s no reason, really why I have to, but where are they with Comey, with McCabe, with Brennan, with all these people they lied to Congress, they lied, they leaked, they spied in our campaign.”

He added, “What happened to Durham? Where’s Durham? So you’re asking a question. These people have been there a long time. I know FBI and FBI is great at the levels that we talked about, but it’s inconceivable. You would think if you’re in the FBI or Department of Justice, this is the biggest thing you could be looking at. Where are they? I’ve not seen anything. I mean, they just keep moving along, and they go on to the next president.” 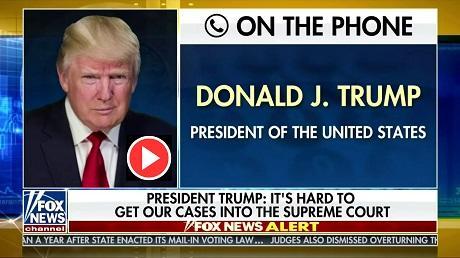 He added, “It’s not like you’re going to change my mind. In other words, my mind will not change in six months. There was tremendous cheating here. Boxes were brought in. The mail-in vote is a disaster. By the way, if Republicans allow it to happen, you’ll never have another Republican elected in the history of this country at a Senate level or at a presidential level. You’ll never or at the House level. Mail-in voting is a total disaster.” 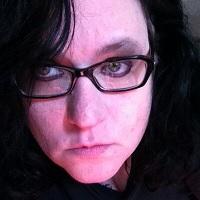