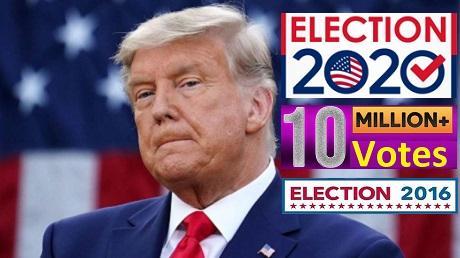 Trump received 10M more votes than 2016. President Trump has seen an increase of more than 10 million votes this year compared to the 2016 election. On Wednesday, he took to Twitter to comment on the increase.

The President said he won the election and pointed to widespread voter fraud across the country, which has gradually been revealed throughout the election process.

...AND I WON THE ELECTION. VOTER FRAUD ALL OVER THE COUNTRY! https://t.co/9coP3R44UQ

Data from exit polls have shown a massive increase in Hispanic voters, especially in Florida where the President won 200,000 more votes than his previous election run.