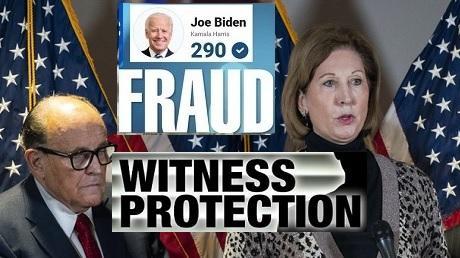 Trump Team attorney Sidney Powell on Friday told Newsmax's Howie Carr that once the campaign drops evidence of voter fraud there will be a number of people who will need to be in witness protection.

"When are we going to have some positive developments in the president's case here?" Carr asked.

Powell said evidence of fraud will be released this coming week.

"This was very widespread, very deliberate, well-funded and everybody and their pet rock is trying to stop me from exposing it," the attorney said.

"I think they did it to any particularly strong Republican candidate this time around," she said.

When Carr pressed the former federal prosecutor about whether or not there will evidence of a "smoking gun," Powell stated the Trump Team has it.

"We have a number of smoking guns," Powell said. "And we may have to get witness protection for them."

Powell has repeatedly said software and election officials have the ability the flip votes, in this case from Trump to Biden. She claimed the Trump Team also has evidence of dead people voting in the election, something Corey Lewandowski talked about in Pennsylvania earlier this month.

Based on her estimates, Powell believes roughly seven million votes were purged from President Trump and given to former Vice President Biden. She estimates that Biden received at least 10 million fraudulent votes. Although the Trump Team is still verifying the data they were provided with, Powell said if it ends up being solid, several million dead people voted in the 2020 election.

"There were several ways they did this. One was an algorithm I believe they ran nationwide but I can't say that for sure yet because we haven't had the time to run the data nationwide," the attorney explained. "But that would typically be the way that it'd be done and certainly make it less apparent that it'd been done in any one place if they ran the algorithm consistently across the country."

Powell stated "the Democratic operation had to have been involved" based on Internet evidence they have seen. She cited Biden's now infamous phrase that he had the most extensive voter fraud case in American history as evidence of Democrats' involvement.

Below is the full interview: 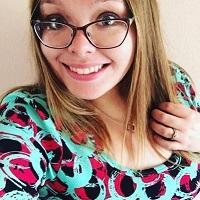 Author: Beth Baumann is an Associate Editor for Townhall. Her primary interests include the Second Amendment, illegal immigration and free speech on college campuses. Follow her on Twitter @eb454.