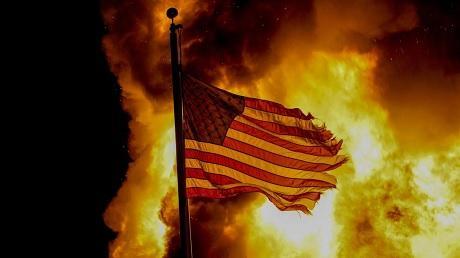 We Have Nothing to Fear But…You Know. Democrats want the riots to continue because they know they will lose the election with the one-two hit of the election and Amy Coney Barrett confirmation.

Happy Tuesday to all in Kruiser Morning Briefing Land. Are we all looking forward to seeing the best in America shining through in the next few weeks?

On several occasions in the past few months, I’ve written or remarked that Joe Biden isn’t really running like a candidate who has been enjoying a big lead in the polls. The Democrats, in general, haven’t been acting like it. I don’t believe it’s because they’ve learned anything from 2016 — they obviously haven’t — or that they are being cautious. No, I think that they worked themselves into such a frenzy after President Trump was elected that they can’t calm themselves down anymore.

At least, that was the theory for most of this year.

Now I’m beginning to wonder if the internal polling over there is telling them something.

Please do bear in mind that I’ve not given in to the irrational exuberance that most of my conservative friends and colleagues have been experiencing about the president’s chances. In fact, I became even more pessimistic when Trump went to the hospital.

The last few days, however, I’ve noticed that the Democrats are getting even more shrill with the one-two punch of the election and Amy Coney Barrett confirmation fear-mongering. Heck, even Joe Biden has sounded awake a couple of times. He can’t remember anything anymore, but there has been a little something extra in his voice lately.

On Monday, I watched him finish a quick interview by looking at a camera and saying “22 million people are going to lose their health care next month.” You could tell it was a talking point his handlers told him to make sure he worked in.

Anybody who watched round one of what will be the ACB circus knows that this has now become an important talking point for the Democrats here in the home stretch:

Republicans don’t want to acknowledge that this Supreme Court nomination is directed at tearing down the ACA, reversing Roe v. Wade, and undoing marriage equality. pic.twitter.com/CnyoHdS8pK

Because it’s not, but cool story bro.

The notion that ACA did something magical for health care is one of the greatest fairy tales that the Democrats like to tell. Matt had a great post yesterday about that nonsense. In fact, I know far more people who lost their health care coverage because of Obamacare than who actually got covered.

The Democrats have always stooped to fear-mongering, of course. Remember that Paul Ryan was going to kill your granny back in the day. As of this writing, I don’t believe he’s offed any yet.

It’s worse now though. They’ve shown that they are willing to partner with those fomenting civil unrest just to advance the progressive agenda. Forget that der Bidengaffer and Granny Boxwine finally got around to condemning the riots; they were both far too late to the party to make the condemnations even remotely believable.

No, they’re keeping the fear-mongering at an all-time high because it’s an integral part of their election plans. They want more riots if Trump wins. They want riots to continue throughout the interminable mail-in ballot counting.

The second-biggest component of the fear-mongering campaign as they prepare to not accept the results of the election has been the constant assertion that it’s President Trump who won’t accept them. Clever, no?

They’re backing up truckloads full of aspersions to cast on the integrity of this election.

They’re lying and what they’re doing is un-American.

This country won’t survive these Democrats being in charge.

More than 30 lawsuits have been filed against @GavinNewsom since March over various COVID-19 executive orders he’s issued. https://t.co/yNADcISrHP

My latest column: Democrats’ All-Over-the-Place Flailing On Barrett Is As Illogical As It Is Pathetic

Gal Gadot, Abraham Lincoln and the Ignorant Cancellation of Pretty Much Everything

Feds to Portland: Take Your Fine and Shove It

I won’t sleep now. Andrew Cuomo for Attorney General Could Be the Most Terrifying Part of a Biden Presidency

Time for Trump to Renegotiate: The Columbia River Treaty Is Yet Another Bad Deal for Americans

ME TALK PRETTY ONE DAY. Gaffe-O-Matic: In One Day, Joe Biden Rolls Out Three Laughable Blunders

[VIDEO] What if Biden and Harris Held a Campaign Event Together… And Nobody Showed Up?

VodkaPundit, Part Deux: Public Trust, the Wuhan Virus, and the Problem with Experts

Amy Coney Barrett Shouldn’t Recuse Herself From Any Election Case, Here’s Why

‘Unredacted with Kurt Schlichter’: What You Need to Know About the Polls

The Return Of Gun Shows And Their Impact On The Elections

From the Mothership and Beyond

I remain skeptical. Joe Manchin Claims 2A “Not In Jeopardy Whatsoever”

If No Indictments Prior to the Election, What Is Durham’s End Game?

Your privacy may be another victim of the coronavirus pandemic

Your city on Democrats. Chicago On Track To Have Highest Murder Total In More Than Two Decades

Excellent question. Why Has Immigration Disappeared From The Presidential Debates?

‘Nailed it’: President Trump has a very solid campaign message for Californians

Democrats Hiss In Terror As ACB Pulls Out Crucifix https://t.co/4lowaoC2Wc

Whatever happened to corduroy? 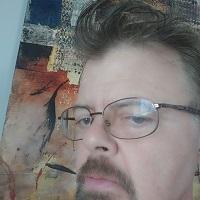