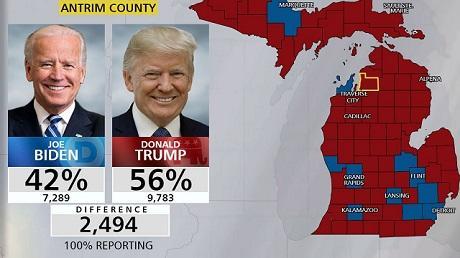 A hand recount on Wednesday confirmed that a Michigan county falsely reported on election night a win for Democratic presidential candidate Joe Biden.

The recount in Antrim County found 9,759 votes for President Donald Trump, versus 5,959 for Biden.

On Nov. 3, county officials said Biden received over 3,000 more votes than Trump. Two days later, they said Trump won by about 2,500 votes. A third change took place on Nov. 21, with Trump being certified the winner by nearly 4,000 votes.

An outside group that conducted an audit of the machines said they found Dominion’s voting system “intentionally generates an enormously high number of ballot errors,” causing the ballots to enter a process known as adjudication.

“The intentional errors lead to bulk adjudication of ballots with no oversight, no transparency, and no audit trail. This leads to voter or election fraud. Based on our study, we conclude that The Dominion Voting System should not be used in Michigan. We further conclude that the results of Antrim County should not have been certified,” Russell Ramsland Jr., co-founder of Allied Security Operations Group, said in the preliminary report on the audit.

Jonathan Brater, Michigan’s director of elections, who works out of Secretary of State Jocelyn Benson’s office, responded by alleging the audit report did not explain its allegations about the voting system’s “intentional” design.

“Although a more detailed analysis of the report must be conducted with an individual with technical expertise, it is apparent to me that the report makes a series of unsupported conclusions, ascribes motives of fraud and obfuscation to processes that are easily explained as routine election procedures or error corrections, and suggests without explanation that elements of election software not used in Michigan are somehow responsible for tabulation or reporting errors that are either nonexistent or easily explained,” he wrote in a court filing.

Benson, a Democrat, announced earlier this month that a “zero-margin risk-limiting audit” would be performed in Antrim County. 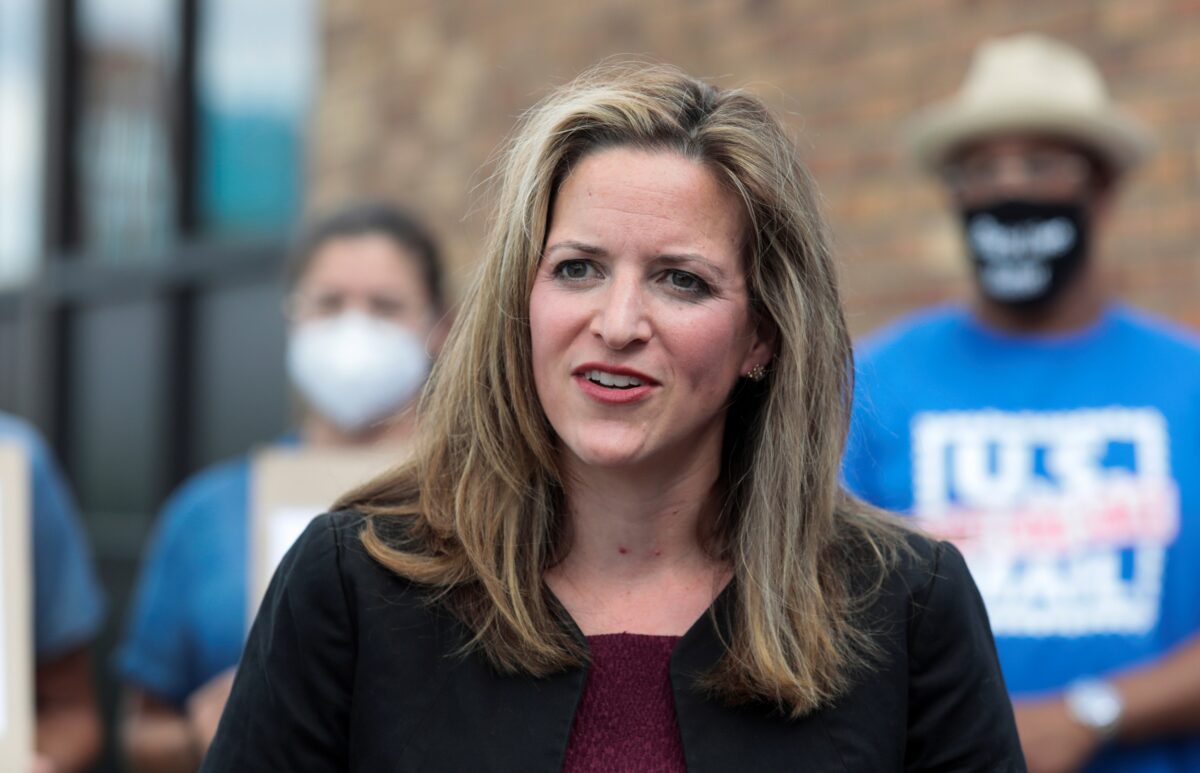 Lori Bourbonnais of the Michigan Bureau of Elections on Wednesday, after the recount, told reporters that the preliminary results from the audit showed 11 additional ballots were found for Trump, while Biden’s vote count went down by one.

Officials also found three other ballots, including one for Libertarian candidate Jo Jorgensen.

“This is a very typical of what we find in a hand count of ballots. It is normal to find one or two votes in a precinct that differ between a hand tally and the machine count. So what we saw today was very typical,” she said.

Another official said during the recount that they were “confident” in the election results, and referred to what happened with the false reporting on election night as caused by “human error.”

Benson said in a statement that the audit “confirmed the truth & affirmed the facts: Dominion’s voting machines accurately tabulated votes cast for President.”

The Trump and Biden campaigns didn’t respond to requests for comment.

According to certified results from Michigan, Biden won the state by over 154,000 votes. It is one of seven states with dueling electors.

Dominion’s CEO, John Poulos, answered questions from lawmakers in Michigan last week. He gave the most detailed explanation of what purportedly happened with the vote count in Antrim County.

Poulos said that because of a rule change, the machine programming needed to be updated in October. But Antrim County officials failed to update all 18 tabulators, meaning some had new programming while some still had the old programming.

Officials then forgot to conduct the logic and accuracy tests on the programming, he said. A third error took place when a contracting firm in October programmed the tabulators in a way that allowed memory cards with both the old and new programming to count votes.

“If all of the tabulators had been updated as per procedure, there wouldn’t have been any error in the unofficial reporting,” he said.

Dominion didn’t program the machines and have no access to Antrim’s systems, he said. Dominion is also not in possession of any logs, databases, or election material.

“A lot of the arguments were incomprehensible to me,” he said, referring to allegations in the audit report. “But then again, I haven’t seen any of the files.”