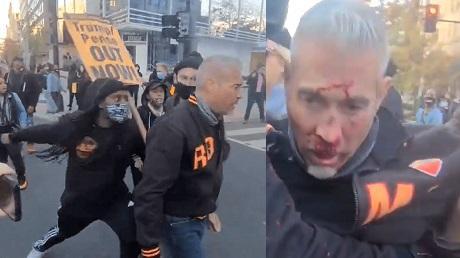 A group of leftist protesters attacked numerous Trump supporters who had finished taking part in a rally on the streets of Washington, DC, on Saturday. In one of the most graphic attacks, a man who tried to fight off an attack is hit from behind while at least two women kick and stomp his head.

Several videos captured numerous attacks by protesters that were chasing Trump supporters out of the rally area as the group made their way to their vehicles. Earlier in the day, thousands of Trump supporters had gathered in D.C. for a rally supporting U.S. President Donald J. Trump. Violence broke out as the rally ended and people attempted to leave. 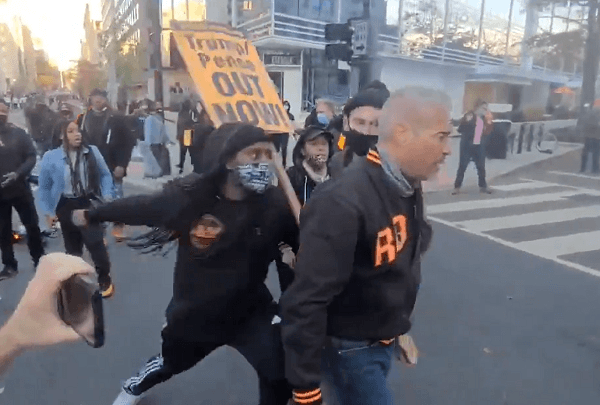 A Black man runs up behind a Trump supporter delivering a sucker punch that knocked the man to the ground. (Twitter Video Screenshot/Jorge Ventura)

A video shared by Jorge Ventura from @Venturareports captured several incidents where leftists protesters attacked Trump supporters and in some cases, they tried to fight back as they walked away.

The most dramatic moment takes place in the 1:25 second marker when a man holding a “Trump-Pence Out“ sneaks up from behind and sucker punches a Trump supporter knocking him out. Almost instantly two females kick and stomp on the man’s head before others rushed to his aid. Other videos also captured the intense harassment and threats that other Trump supporters even those with children, endured despite police presence in the area. 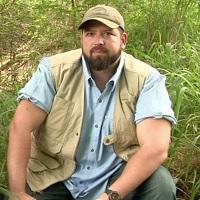 Author: Ildefonso Ortiz is an award-winning journalist with Breitbart Texas. He co-founded Breitbart Texas’ Cartel Chronicles project with Brandon Darby and senior Breitbart management. You can follow him on @IldefonsoOrtiz and on Facebook. He can be contacted at This email address is being protected from spambots. You need JavaScript enabled to view it..
Read full article on BREITBART