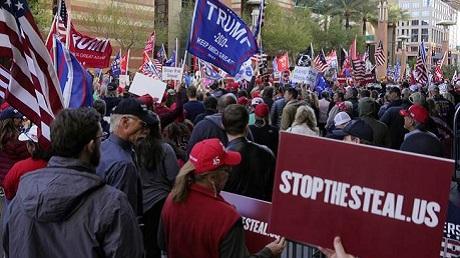 The Antrim County, Mich., forensics report undertaken by Allied Security Operations Group was released to the public on Monday by order of a Michigan judge. The report concluded that “the Dominion Voting System is intentionally and purposefully designed with inherent errors to create systemic fraud and influence election results” and “the results of the Antrim County 2020 election are not certifiable.”

The findings are disputed by Erick Grill, attorney for Michigan Secretary of State Jocelyn Benson. Grill claims that the report is “inaccurate, incomplete, and misleading.” He failed to give any examples of what he alleges is false. However, the author of the analysis is Russell James Ramsland Jr., who has already put forward two flawed analyses in previous matters related to the 2020 election. The Detroit Free Press reported reported:

Ramsland, a cybersecurity analyst and former Republican congressional candidate, mistook voting jurisdictions in Minnesota for Michigan towns in one recent flawed analysis of voter turnout in the Nov. 3 election. In another, filed in support of a federal lawsuit filed in Michigan, he made wildly inaccurate claims about voter turnout in various Michigan municipalities claiming that Detroit, where turnout was 51%, had turnout of 139%, and that North Muskegon, which had turnout of 78%, had voter turnout of 782%.

Michigan Elections Director Jonathan Brater disputed the report, saying it “makes a series of unsupported conclusions, ascribes motives of fraud and obfuscation to processes that are easily explained as routine election procedures or error corrections, and suggests without explanation that elements of election software not used in Michigan are somehow responsible for tabulation or reporting errors that are either nonexistent or easily explained.”

The system intentionally generates an enormously high number of ballot errors. The electronic ballots are then transferred for adjudication.The intentional errors lead to bulk adjudication of ballots with no oversight, no transparency, and no audit trail.This leads to voteror election fraud. Based on our study, we conclude that The Dominion Voting System should not be used in Michigan. We further conclude that the results of Antrim County should not have been certified

The whole report is chock-full of shocking claims. For instance, why was the number of adjudicated ballots so high in 2020?

The allowable election error rate established by the Federal Election Commission guidelines is of 1 in 250,000 ballots (.0008%). We observed an error rate of 68.05%.This demonstrated a significant and fatal error in security and election integrity

And remember when Benson said the vote “flip” that went from Trump to Biden was human error? Allied says that’s false.

The Antrim County Clerk and Secretary of State Jocelyn Benson have stated that the election night error, detailed above by the vote “flip” from Trump to Biden, was the result of human error caused by the failure to update the Mancelona Township tabulator prior to election night for a down ballot race. We disagree and conclude that the vote flip occurred because of machine error built into the voting software designed to create error… Secretary of State Jocelyn Benson’s statement on November 6, 2020 that the “results always were and continue to be reflected on the tabulator totals tape . . . .” was false

In some counties, the adjudication rate, according to Ramsland, was as high as 86% of all ballots cast.

It is critical to understand that the Dominion system classifies ballots into two categories, 1) normal ballots and 2) adjudicated ballots. Ballots sent to adjudication can be altered by administrators, and adjudication files can be moved between different Results Tally and Reporting (RTR) terminals with no audit trail of which administrator actually adjudicates (i.e. votes) the ballot batch. This demonstrated a significant and fatal error in security and election integrity because it provides no meaningful observation of the adjudication processor audit trail of which administrator actually adjudicated the ballots.

Was it the perfect crime or is it a tempest in a teapot? Here’s Fulton County’s election director admitting to adjudicating 94% of his county’s ballots. Is anyone going to ask him why 94% of the ballots registered an error? Doesn’t that seem too high?

"We've scanned 113,130. We've adjudicated over 106,000. Ballots are adjudicated if there is some question... The vote review panel then determines voter intent."

They adjudicated 94% of the ballots!pic.twitter.com/pCkAfmqRga

In his court filing in the case, Brater said the report suggests it is improper to divert write-in ballots for adjudication, but that is the only way those ballots can be counted. Contrary to the suggestion in the report, this does not allow administrators to “change votes,” beyond determining for whom write-in votes should be counted, Brater wrote.

Once again, it’s impossible to tell what is true in 2020. According to the Antrim report, the high quantity of ballots that needed adjudicating was unusually high and thus suspect.

A staggering number of votes required adjudication. This was a 2020 issue not seen in previous election cycles still stored on the server. This is caused by intentional errors in the system. The intentional errors lead to bulk adjudication of ballots with no oversight, no transparency or audit trail. Our examination of the server logs indicates that this high error rate was incongruent with patterns from previous years. The statement attributing these issues to human error is not consistent with the forensic evaluation, which points more correctly to systemic machineand/or software errors. The systemic errors are intentionally designed to create errors in order to push a high volume of ballots to bulk adjudication.

If this next part is true, and all the adjudication logs went missing, someone should explain why.

Significantly, the computer system shows vote adjudication logs for prior years; but all adjudication log entries for the 2020 election cycle are missing.The adjudication process is the simplest way to manually manipulate votes. The lack of records prevents any form of audit accountability, and their conspicuous absence is extremely suspicious since the files exist for previous years using the same software. Removal of these files violates state law and prevents a meaningful audit, even if the Secretary wanted to conduct an audit. We must conclude that the 2020 election cycle records have been manually removed.

416. Likewise, all server security logs prior to 11:03 pm on November 4, 2020 are missing. This means that all security logs for the day after the election, on election day, and prior to election day are gone. Security logs are very important to an audit trail, forensics, and for detecting advanced persistent threats and outside attacks, especially on systems with outdated system files. These logs would contain domain controls, authentication failures, error codes, times users logged on and off, network connections to file servers between file accesses, internet connections, times, and data transfers.Other server logs before November 4, 2020 are present; therefore, there is no reasonable explanation for the security logs to be missing.

The analysis further found that on “November 21, 2020 an unauthorized user unsuccessfully attempted to zero out election results.” Allied believes that is more evidence of tampering. The entire report is worth reading, but this is perhaps the most interesting conclusion:

Antrim County failed to properly update its system. A purposeful lack of providing basic computer security updates in the system software and hardware demonstrates incompetence, gross negligence, bad faith, and/or willful non-compliance in providing the fundamental system security required by federal and state law.There is no way this election management system could have passed tests or have been legally certified to conduct the 2020 elections in Michigan under the current laws. According to the National Conference of State Legislatures–Michigan requires full compliance with federal standards as determined by a federally accredited voting system laboratory

This claim is disputed by state officials who say Dominion has passed the legal tests to be certified to conduct elections. Ramsland’s previous gaffes are troubling, to say the least, and if it turns out that this report is as flawed as his last two, I think his fifteen minutes should come to a swift end. Whatever comes of it, let it never be said that the 2020 election was boring. 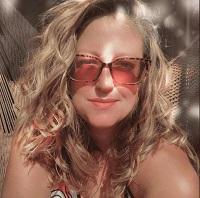 Author: Megan Fox is an award winning journalist and author of Believe Evidence; the death of due process from Salome to #MeToo. and Shut Up! The Bizarre War that One Public Library Waged Against the First Amendment, about the harrowing lengths government bodies will take to silence public criticism. @MeganFoxWriter on Twitter.
Read full article on PJ MEDIA