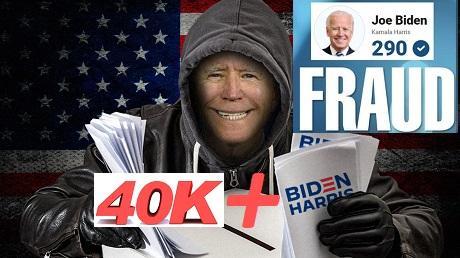 Eyewitnesses testify they saw approximately 40,000 irregular ballots arrive in vehicles with out-of-state plates during an early-morning poll worker shift change Nov. 4. That's not even the half of it.

A lawsuit filed Nov. 8 in Michigan alleges that Detroit, Mich. elections officials oversaw and openly encouraged election fraud totaling many “tens of thousands” of fraudulent ballots, plus other illegal election-tampering.

The current results of the presidential race in Michigan suggest an approximately 146,000-vote gap between President Trump and Joe Biden, and an 84,000-vote gap between U.S. Senate candidates Gary Peters (D) and John James (R). The Associated Press and the state’s Democrat officials say Biden has won the state’s electoral votes and that Trump’s claims of fraud are insulting and inaccurate.

Wayne County is estimated to have been the site of some 850,000 votes this year. If this lawsuit is accurate, however, a massive portion of these votes is fraudulent.

The Great Lakes Justice Center complaint provides “eyewitness accounts and direct evidence” that “approximately 40,000” unsecured, irregular ballots arrived in vehicles with out-of-state license plates at Detroit’s only vote-counting location, TCF Center, in the wee hours of the Nov. 4 morning during a shift change in election workers. Eyewitnesses signed affidavits saying that every one of this group of 40,000 ballots they saw “was counted orally and attributed only to Democratic candidates,” specifically Joe Biden.

Other eyewitnesses signed affidavits under penalty of perjury stating they saw multiple other piles of ballots, together additionally numbering in the tens of thousands, that were counted despite violating election law, sometimes at the direction of local election officials. This allegedly happened both before the election, during early voting, and during the election and subsequent vote count.

“After poll challengers started discovering the fraud taking place at the TCF Center, Defendant election officials and workers locked credentialed challengers out of the counting room so they could not observe the process, during which time tens of thousands of ballots were processed,” the complaint says. It also alleges:

The Federalist reported earlier this week on one affidavit filed in this complaint, from former Michigan Assistant Attorney General Zachary Larsen, but there are many,  many more, and the details are scandalous.

An affidavit signed by poll challenger Andrew Sitto tells more about the 40,000 ballots he says he saw brought in: “At approximately 4:00 a.m. on November 4, 2020, tens of thousands of ballots were suddenly brought into the counting room through the back door…by vehicles with out-of-state license plates (Exhibit C). It was observed that all of these new ballots were cast for Joe Biden,” summarizes the complaint.

Sitto’s affidavit expands on what he saw while observing the vote-counting process from election night, Nov. 3, overnight into the early morning of Nov. 4. He says by 4:30 a.m. on Nov. 4, right before a 5 a.m. shift change between poll watchers, one of two men in charge of the vote counting “got on the microphone and stated that another shipment of absentee ballots would be arriving and would have to be counted.”

“At approximately 4:30 a.m., tens of thousands of ballots were brought in and placed on eight long tables. Unlike the other ballots, these boxes were brought in from the rear of the room. The same procedure was performed on the ballots that arrived at approximately 4:30 a.m., but I specifically noticed that every ballot I observed was cast for Joe Biden,” his affidavit states. “While counting these new ballots, I heard counters say at least five or six times that all five or six ballots were for Joe Biden. All ballots sampled that I heard and observed were for Joe Biden.”

There Was a Second Big Dump of Suspicious Ballots

The lawsuit alleges the 40,000 vote dump is not the only suspicious one observed on Nov. 4 in Detroit. Poll challenger Robert Cushman attested that on Nov. 4, 2020 at approximately 9 p.m., he “was surprised to see numerous new boxes of ballots arrive at the TCF Center in the evening… I estimate these boxes contained several thousand new ballots when they appeared.” He noticed that none of the names on these new ballots were of registered voters, which poll workers were supposed to verify.

“I saw the computer operators at several counting boards manually adding the names and addresses of these thousands of ballots to the QVF system,” his affidavit states. “When I asked what the possible justification was to counting ballots from unknown, unverified ‘persons,’ I was told by election supervisors that the Wayne County Clerk’s Office had ‘checked them out.'” Subsequently, Cushman challenged the entire process encompassing these “thousands of ballots.”

Election workers are supposed to match the name on each ballot with a registered voter on the state’s official lists. Instead, Cushman says, the Wayne County Clerk’s officers told poll workers to add all the names on the ballots from these boxes to the state’s list, giving them all a false birth date of January 1, 1900.

Election rules also say absentee voters are supposed to be added to the state’s registered voter lists before 9 p.m. on Nov. 3, election day. All of the voters for these ballots were added after this deadline, at the direction of local election officials, Cushman says.

“None of the names of these new ballots corresponded with any registered voter,” the complaint says.

One of the affidavits is signed by a Detroit Elections Department worker whose identity is concealed in the court documents under whistleblower protections. A Great Lakes Justice Center attorney told The Federalist she snuck out yellow sticky notes during ballot processing to be able to stay and observe some of the illegal activities alleged in her affidavit. The affidavit alleges numerous illegal activities conducted by Wayne County election officials, affecting thousands if not tens of thousands of votes atop all those outlined above.

The whistleblower says that during her work processing early votes, “I was instructed by my supervisor to adjust the mailing date of these absentee ballot packages to be dated earlier than they were actually sent. The supervisor was making announcements for all workers to engage in this practice.” If true, this is fraud and election tampering.

The same sort of fraud, she alleges, happened on Nov. 4. That day, she says, “I was instructed to improperly pre-date the absentee ballots receive date that were not in the QVF [the state’s registered voter list] as if they had been received on or before November 3, 2020. I was told to alter teh [sic] information in the QVF to falsely show that the absentee ballots had been received in time to be valid. I estimate that this was done to thousands of ballots.”

The whistleblower also says Detroit election officials actively avoided verifying voters’ identities: “During the last two weeks while working at this satellite location, I was specifically instructed by my supervisor not to ask for a driver’s license or any photo I.D. when a person was trying to vote.”

The suit names the City of Detroit, the Detroit Election Commission, Detroit Clerk Janice Winfrey, Wayne County Clerk Cathy Garrett, and the Wayne County Board of Canvassers as defendants. The Democratic Party has made a motion to join the lawsuit as defendants, meaning it is volunteering to be also sued for these alleged crimes. 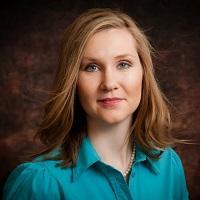 Author: Joy Pullmann is executive editor of The Federalist, a happy wife, and the mother of six children. Her newest ebooks are“Classic Books for Young Children” and “32 Classic Games You Can Play Anywhere.”

She is also the author of “The Education Invasion: How Common Core Fights Parents for Control of American Kids,” from Encounter Books. She identifies as native American and gender natural. Find her on Twitter @JoyPullmann.