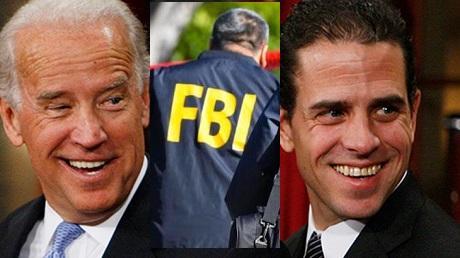 Hunter Biden, the son of former Vice President Joe Biden, the Democrat nominee for president, and some of his cronies are being investigated by the FBI.

The Department of Justice confirmed the news on Thursday when it told Sinclair Broadcasting that Hunter Biden and his associates have been under FBI investigation since 2019.

“A [Justice Department] official confirms that in 2019, the [FBI] opened up a criminal investigation into ‘Hunter Biden and his associates,’ focused on allegations of money-laundering, and that it remains open and active today. More very soon on your [Sinclair] stations,” investigative reporter James Rosen said on Twitter.

EXCLUSIVE: A @TheJusticeDept official confirms that in 2019, the @FBI opened up a criminal investigation into "Hunter Biden and his associates," focused on allegations of money-laundering, and that it remains open and active today. More very soon on your @WeAreSinclair stations.

The news comes just days after Tony Bobulinski, one of Hunter Biden’s former business partners, spoke to Fox News host Tucker Carlson about what he alleged were Biden family dealings with a Chinese energy company, CEFC Energy, which is no longer in business.

Joe Biden has said repeatedly that he was not involved with, nor had any knowledge of, his son Hunter’s business dealings. But Bobulinski has said that the former vice president is lying about it.

But it gets even more dicey for the Bidens. Bobulinski told Sinclair Broadcasting last week that the FBI has interviewed him for five hours and marked him as a “material witness.”

“This morning lawyers for Tony Bobulinski informed the [Senate committees] that the FBI asked [their] client to sit for an interview today in addition to providing copies of his phones,” Senator Ron Johnson said in a statement on Friday, the day he was supposed to speak to several Senate committees.

“Mr. Bobulinski has agreed to honor his commitment to sit for an interview in the near future with the Committees,” he said.

“I appreciate that the FBI has a job to do, [and] I am glad they are finally taking an interest in these concerning financial matters our Committees have been investigating for months,” he said.

It is important to note that someone being investigated does not necessarily mean they are guilty of any crime, and all citizens enjoy the presumption of innocence.

With that said, this is a major revelation less than a week before the presidential election and it remains to be seen if the mainstream media will cover it in any meaningful way.

Joe Biden has been able to skate by for the majority of his campaign answering very little in the way of tough questions and not being challenged much by the media.

Bobulinski was all but ignored by the mainstream media on the night of the final debate when he discussed why he believed it was important to come forward with the information he claims to have.

It was then that he told Sinclair’s Rosen that he believes Biden would be compromised by the Chinese government if he were in power.

“The compromise they have is that in documents that have been well provided to the Senate, to Congress, to the Department of Justice via the FBI that CEFC was effectively loaning money directly to the Biden family,” Bobulinski argued.

“I can only imagine to the extent that the Chinese Communist Party has information on the Biden family and their business dealings. Other business dealings that occurred in Romania, Khazakstan, Georgia, Monaco and the Middle East, and then obviously topping off in Russia,” he said. 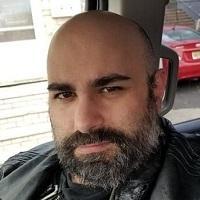 Author: Carmine Sabia Jr. started his own professional wrestling business at age 18 and went on to become a real estate investor. Currently he is a pundit who covers political news and current events. @CarmineSabia