Biden Plus Harris Equals California Everywhere, a Nightmare We Must Reject 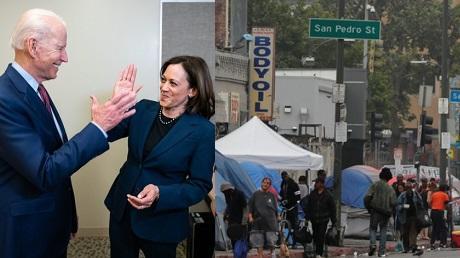 Biden Plus Harris Equals California Everywhere, a Nightmare We Must Reject.

Imagine a country where rolling blackouts are a common occurrence, where gasoline-powered cars are outlawed, and all new car sales must be electric by a date certain.  Imagine a country where borders are open, sanctuary cities and towns are everywhere, where people here illegally are celebrated with lots of free things like healthcare and housing, and wage-earners pay for it all.  Imagine a country where the radical Green New Deal is thrust upon us (out goes natural gas, oil and coal; in comes renewables; goodbye to your warm/cool home) and a nationwide absence of forestry management causes out-of-control fires that threaten homes and air quality.

Imagine a country that dictates cultural norms, imposes a radical sexual education curriculum starting in kindergarten, where abstinence-only and religious doctrine education are prohibited, and parents may opt out on a limited basis only.

Imagine a country where income taxes will go up regardless of your income. (Biden-Harris’ claim that under $400,000 wage earners won’t see increased taxes is false, as per multiple studies including Penn’s Wharton School.  “Taxes would increase at every income level under [Biden’s] presidency, with the bottom quintile’s after-tax income decreasing 0.5 percent, and the second, middle, and fourth quintiles all seeing after-tax income drop 0.4 percent. Likewise, wages are projected to decrease.”)

Imagine a country where the federal government re-imposes an Obama-Biden housing regulation that Trump ripped up, where Washington, DC bureaucrats dictate the zoning of suburbia, make decisions where to put high-density, low-income housing, re-draw school districts, make roads and transportation decisions, and do away with single-family zoning.

Imagine a country where there is one-party rule, and the rule is by Marxists and socialists.  Sounds like a nightmare, right?  Just look West to see a beautiful state gone disaster under the grip of the Democrats, who have reigned for far too long.  The United States will become California on steroids because Biden-Harris are radical. Don’t be fooled by the folksy Uncle Joe scheme.  Biden selected the most radical member of the Senate to be his sidekick, and they surround themselves with fellow radicals like Bernie Sanders and AOC.  Biden is the one who bragged, “I am the Democratic[sic] party.” Well, if the shoe fits, Joe …

A Biden-Harris administration will make California seem tame.  They will turn our exceptional country into California and pile on from there. Medicare for all, packing the Supreme Court, returning to the disastrous Iran deal and resuming payments to the world’s largest sponsor of terrorism,  re-joining the Paris Climate Agreement, and abandoning our strong and close ally Israel are all on their to-do list.

It’s too late for California but it’s not too late to preserve and protect our exceptional country.   As Thomas Paine eloquently said, “these are the times that try men’s souls. The summer soldier and the sunshine patriot will, in this crisis, shrink from the service of their country; but he that stands by it now, deserves the love and thanks of man and woman.”

The time is now upon us to stand tall and serve our country by firmly rejecting Biden-Harris and leaving all the radicals behind.  And for that, men and women who revere our republic and cherish liberty will love and thank you for future generations to come. 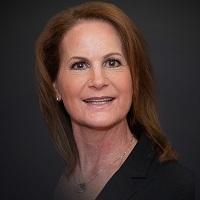 ulie Strauss Levin is an attorney and patriot who loves her country.

The Tennessee Star – launched in 2017 – is a member of the Star News Digital Media family. We feature articles reporting news, politics, and policy at the state level, primarily from Tennessee. We round out our daily coverage with national stories and thoughtful commentary of interest to our readers.
Prev Next