A socialist senatorial candidate will not denounce Marxism

A socialist senatorial candidate will not denounce Marxism 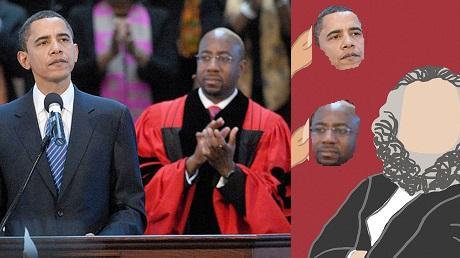 With one month to go until the Georgia runoff elections that will determine who controls the Senate, one candidate is being made to feel the heat over his extreme views.

Democrat Raphael Warnock is cut from the same cloth as Barack Obama's longtime minister, the hatemongering, America hating Jeremiah Wright and he has a history of anti-white, anti-Semitic, and pro-Marxist demagoguery.

Those views sadly now make him mainstream in the radicalized Democratic party that is salivating over the chance to seize control of the entire federal government and then forever change America into something that will be unrecognizable.

On Sunday, Rev. Warnock faced off against Republican incumbent Kelly Loeffler in a high stakes debate held in Atlanta, ground zero for the Peach State's voter fraud operations that could prove decisive in allowing Joe Biden to steal the election.

Loeffler put the purveyor of hate on the spot by giving him the opportunity to denounce the socialism and Marxism that have been commonplace in his sermons and writings.

Warnock then unpacked a word salad of talking points but did not denounce either of the two ruinous ideologies.

When asked to renounce socialism and marxism, @ReverendWarnock said "I believe in our free enterprise system." pic.twitter.com/1kkJOpKgNg

Warnock's answer was purely Clintonian but he DID NOT answer the question.

On Saturday, President Trump held his first rally since the election when he traveled to Valdosta to stump for Loeffler and David Purdue and he body-slammed Warnock. 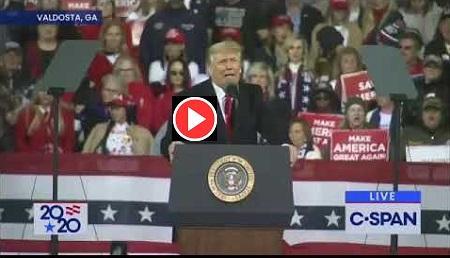 “Kelly’s opponent, Raphael Warnock, is a dangerous extremist who is radically opposed to your values,” Trump said. “He said he believes that ‘Nobody can serve God and the military.’ Oh really? An appalling statement that dishonors the memory and generations of American heroes who fought for God and for our country.”

“Raphael Warnock has openly declared his support for socialism and he has even praised Marxists all over the world,”

“He once hosted the barbaric communist dictator Fidel Castro, he likes Castro, thinks he was a good man, he was a good guy, he said. He falsely slandered patriotic Americans as racists. He called police officers, ‘gangsters, thugs, and bullies.”

Warnock who has praised Fidel Castro called for repentance against the "worship of whiteness" may be out of the mainstream for America but he fits right in with Democrats who no longer remotely resemble the party of JFK and FDR.

Leaked Video Could Shut Down The Democratic Party — For Good
The Catholic Church's biggest secret has been leaked.