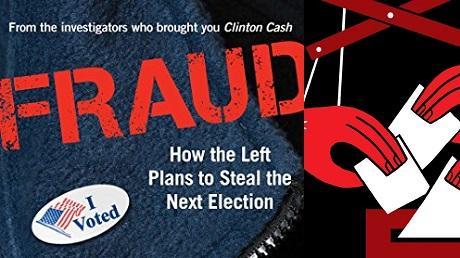 In the final days of the Presidential campaign, President Trump is repeating his  warnings about the possibility of election fraud amidst the unprecedented increase in mail-in ballots.

And while many in the news media repeat the claim that there is “no evidence” of widespread voter fraud, a new report suggests that even a relatively small amount of fraud may be enough to swing an election.

According to a new study the National Bureau of Economic Research, “The Electoral College today is about 40 times as likely as a national popular vote to generate scenarios in which a small number of ballots in a pivotal voting unit determines the Presidency.”

Here are five states where election fraud may impact the election.

Four years ago, Pennsylvania’s Secretary of State Pedro Cortes quietly resigned over allegations he had failed to prevent illegal immigrants from voting in the Presidential Election. Subsequent documents revealed he actually fired over his inability to prevent “a glitch” in Pennsylvania’s voter registration records that “may have allowed thousands of ineligible immigrants statewide to vote.”

This year, after an elections judge in Philadelphia was arrested for literally stuffing ballot boxes and their primary election saw delays and documented examples of double voting, top pollsters are saying Pennsylvania is the state Trump may be the most likely to lose due to voter fraud.

One of the first states to face the increased volume of Covid-era mail in voting was Wisconsin, where the number of rejected ballots in  the April primary (23,000) was greater than the margin of victory in the 2016 Presidential election. (22,748).  The showing in the primary was bad enough that Gordon Hintz, the Democratic minority leader in the Wisconsin State Assembly, told the New York Times “This has all the makings of a Florida 2000 if we have a close race.”

Will Wisconsin be able to handle the projected surge in mail-in voting? The state’s August primary saw eight times more requested absentee ballots than in 2016. So, expect the volume of ballots that are rejected to be in the tens of thousands. And Wisconsin has a documented history of voter fraud problems: After the 2004 election, the Milwaukee Police Department’s Special Investigative Unit found an “illegal organized attempt to influence the outcome of (the 2004) election in the state of Wisconsin.”

A recent showed a campaign worker ballot harvesting illegally. This is but the latest in Minnesota’s history of voter fraud, when ineligible felons were allowed to vote illegally.

This year, with upwards of one million absentee ballots projected to be cast, the concern in Minnesota is over the of the people who will be deciding whether those ballots should count. State law mandates that the Minnesota Ballot Boards maintain a balance of party affiliations, but throughout the state say Democrats have stacked the deck of these arbiters of electoral integrity.

But absentee ballots aren’t the only concern for election integrity watchdogs in Minnesota;  the state allows same day registration, sometimes without  proof of residence, thanks to Minnesota’s “Vouching” qualification loophole, which allows residents with ID’s to “vouch” on behalf of voters without ID, permitting them to vote. And recent elections have shown that thousands of the “same day” registrants later gave invalid addresses or otherwise failed follow-up efforts to determine their voting eligibility, long after their votes were counted.

In 2016, Michigan went to Donald Trump by fewer than 11,000 votes in an election in which auditors found “an abundance of human errors.”. This year, Democrat Secretary of State Jocelyn Benson is mailing every voter an absentee ballot request form. And the state has not handled the predicted increase in mail in ballots very well.

This is not the first time Detroit has had issues with vote accuracy issues. In 2019, the state was sued over the fact that Detroit’s voter rolls contained 30,000 more registered voters than there were citizens of legal voting age. And, while that lawsuit was withdrawn in June after the city addressed the issues, last year a Detroit elections official was charged with elections fraud over falsifying nearly 200 absentee ballot records in an attempt to make the numbers line up.

Florida decided a presidential election  twenty years ago by 537 votes, and in 2016 allowed more than four times that amount of double votes. In 2018, attempts to vote by Felons and illegal immigrants came to light in recounts for both Governor and Senate.

Since then, Florida’s most infamous Supervisor of Elections was removed from office, suggesting Palm Beach County may have fewer problems this time around. But, this will be the first election since Florida passed a constitutional amendment legalizing voting for convicted felons, though the legislation has been caught in court challenges surrounding what steps the offenders must take to have their rights fully restored. And, watchdogs warn that the increase in mail-in voting  may increase the practice in Florida where political operatives target and harvest the ballots of the state’s senior citizens, a practice known as Granny farming. 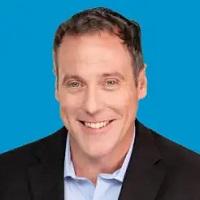 Author: Eric Eggers is the research director at the Government Accountability Institute (GAI) and the author of Fraud: How the Left Plans to Steal the Next Election.