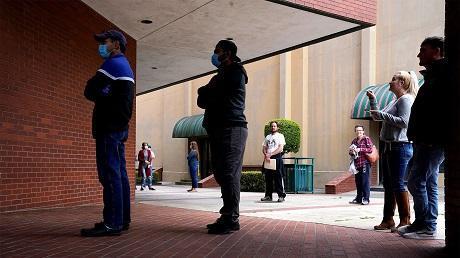 People who lost their jobs wait in line to file for unemployment following an outbreak of the coronavirus, at an Arkansas Workforce Center in Fort Smith, Ark., April 6, 2020. (Nick Oxford/Reuters)

The U.S. unemployment rate dropped from 11.1 percent to 10.2 percent in July, beating economists’ predictions even as many states have paused or reversed their reopenings in light of coronavirus case spikes.

Employers added 1.8 million jobs in July, according to the Labor Department’s Friday jobs report, a significant slowing down from the 4.8 million jobs created in June, which was the highest recorded. While the economy has recovered 42 percent of the 22 million jobs it lost during the pandemic over the past three months, there are still 10.6 million more unemployed Americans today than there were in February.

Economists had expected unemployment to drop to 10.5 percent and for the economy to have added 1.6 million jobs in July, according to a survey by Refinitiv.

“While these numbers are a bit better than forecast, there still isn’t much to be upbeat about from this jobs report,” Steve Rick, chief economist at CUNA Mutual Group, told Fox Business. “Re-openings have been rolling backwards, weekly jobless claims are continuing to pile up and we’re still operating from a huge deficit compared to the beginning of the year.”

As new outbreaks have led states to order the closure of bars and other businesses for a second time, consumers have limited their spending as the economy struggles to rebound from the devastating effects of the pandemic, which led the economy to shrink at a nearly 33 percent  annual rate in the April-June quarter, the worst quarterly fall on record. 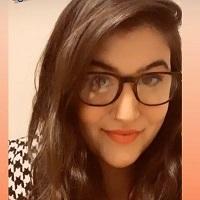