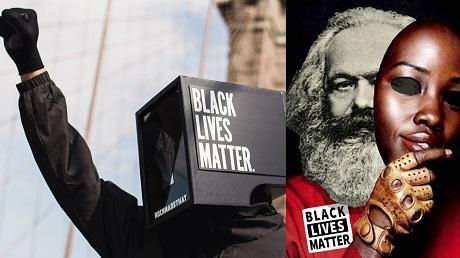 Unmasking Black Lives Matter. BLM Does Not Mean “Black Lives Matter”. It is a communist, well-funded, organization that picks its targets based on gaining political power. BLM is a company, and it should be referred to as one.

9/1/2020- This is not meant to be an opinion piece. It is an attempt to break a rhetorical “spell” that seems to have been cast on our entire society. “Black Lives Matter” is a phenomenal play on words because no one opposes the idea that black lives matter. Of course, black lives matter. However, this truthful statement and the corporation, “Black Lives Matter Global Network”, could not be further apart in terms of meaning. You are being misled intentionally so that you will be scared to oppose it, and maybe, you will join it.

BLM, the company, is not an equality movement. It is a communist, well-funded, organization that picks its targets based on gaining political power. It has been using actual black lives as a shield so that you can never critique their mission statement. Numerous people have been fired, lost their media job, or been”canceled” just for disagreeing with their conflicting, violent ideology. BLM has been around for a while, but if you were to stumble across www.blacklivesmatter.com, you would find exactly what they are proposing in 2020:

“We disrupt the Western-prescribed nuclear family structure requirement by supporting each other as extended families and “villages” that collectively care for one another, especially our children, to the degree that mothers, parents, and children are comfortable.

We foster a queer‐affirming network. When we gather, we do so with the intention of freeing ourselves from the tight grip of heteronormative thinking, or rather, the belief that all in the world are heterosexual (unless s/he or they disclose otherwise).”

If that does not make sense to you, it is OK. It is supposed to be confusing. There are several agendas going on with the corporation “Black Lives Matter”. First, they would like to imagine a world where the nuclear family does not exist. Despite children without fathers, or in-tact families, being more likely to commit crime, go to prison, be abused, drop out of high-school, suffer obesity, and turn to drugs, BLM wants to break more families up. This is the first sign that this group is not serious about helping any community.

Next, they would like to create a communist “utopia” across the world.:

Patrisse Khan-Cullors, co-founder and strategic advisor of Black Lives Matter stated in a 2015 interview with The Real News Network that she and fellow co-founder Alicia Garza are trained Marxists well versed in ideological theories.

While you can read actual racism in the pages of Carl Marx’ genocidal books, or his racially-charge letters, there are examples you can look at in today’s world. Carl Marx’ version of communism is the model that fuels the Chinese Communist Party, or CCP, and is taught to every child in their indoctrination centers. It is also part of their pop-culture through television shows. It is an ideology that puts the group of oligarchs at the top, justifies enslaving those who disagree, and kills any opposition; however, it is always presented as a utopia that “just hasn’t been done correctly yet”.

Finally, BLM is the driving force behind “defunding the police”. They have convinced weak politicians to imagine a world without police through support, favors, or the threat of losing votes. They are implementing BLM’s “woke” vision of “no police” in the cities that need police the most right now. It does not matter how high the murder-rate climbs, there will be no end to this radical experiment, which is the point. Shootings and crime rise immediately in areas that implement these policies.

If you thought this group would fall apart in 2016 after the murder of numerous Dallas Police officers, you were wrong. You can still find that information here, but when the group was not disbanded by the Obama Administration, it was legitimized. It even attracted millions in funding from “The Democracy Alliance”. While the company, “Black Lives Matter”, will not take full responsibility for the Dallas shooting, or any shootings, they have been on the news, street, offices, and email chains encouraging their agenda “by any means necessary”including property damage, assault, and terror.

Typically, if a political group, with an agenda, and a centralized HQ would call for violence, they would be considered terrorists and disbanded immediately. After all, the definition of terrorism that we hold in America is, “the unlawful use of force and violence against persons or property to intimidate or coerce a government, the civilian population, or any segment thereof, in furtherance of political or social objectives”. However, it has only led to more funding by groups that seek to create chaos in America like “The Open Society Foundation”.

BLM brings in millions of dollars in annual donations from far-left groups that profit from “order out of chaos”. That does not help Americans, but recently, the corporation polled very favorably with Americans. While this seems shocking, the explanation is easy. Millions of Americans are unemployed, looking for something to blame, frustrated, and looking for purpose. BLM presents themselves as a champion of “racial justice” the same way ISIS presents itself as “the good guys fighting Western imperialism”. All it took was funding, media attention, and a weakened population for BLM to explode in popularity. Not everyone who claims BLM understands what is happening or supports the violence. They do not understand the history of racial theory, communism, or Carl Marx.

BLM is a change agent. Their leadership and offices are paid to create chaos. They are looking for a conflict. Every time they burn down a Wendy’s, and nothing happens, they gain that much more political power. Unfortunately, people who have given up hope are attracted to that type of power and lawlessness. If the government cannot help your business stay open, but BLM offers you support, it may seem attractive. It is basic, primal human psychology. The only defense is logic, debate, and honesty.

No one denies people have prejudices, and no one is claiming America is perfect. We openly criticize our country because we are always trying to improve the place we love. We also have that right as free people. However, this violent narrative is being promoted and paid-for. It is not an organic reaction to horrific shootings or extended, unrealistic prison sentences. There is one mission, and that mission is very clear.

BLM seeks to collapse America when it is at its weakest so that a new political system can rise from the ashes. That system will inherently hurt all of us, no matter what color you are. This is a strategy that has been implemented numerous times in history. It is simple divide and conquer, and make a profit by arming both sides. We do not want to make the same mistakes of our ancestors. Peaceful discourse and exposure are the only non-violent ways forward without government intervention. After that, we should push our government to define just how much arson and murder must occur before a group is designated a terrorist organization. We owe that to the Americans that have had their business burned down, or the men and women who have been murdered for “social justice”. 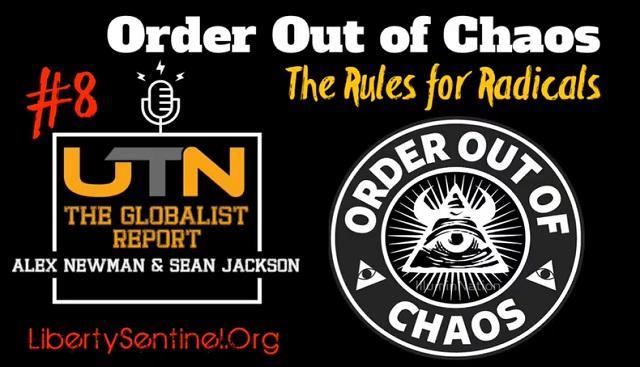 Liberty Sentinel Media, Inc is a media and communications firm owned by international journalist and consultant Alex Newman. We offer many services.
Prev Next