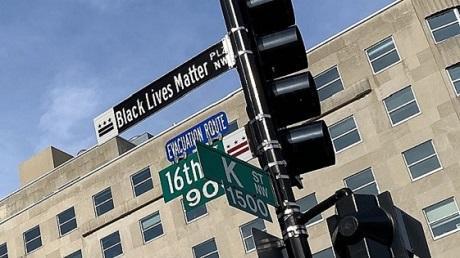 What is "systemic racism"?  As Jenée Desmond-Harris wrote, "[t]he phrase 'systemic racism' is used to talk about policies and practices entrenched in established institutions that harm certain racial groups and help others.  'Systemic' ... refers to the way this operates in major parts of US society: the economy, politics, education, and more."

These sites contend that "systemic racism" is entrenched in society and offer tables and opinions to support their contentions:

I refute them.  Begin with education.  Educational attainment is correlated with income (r²=.889) and unemployment (r²=-.838).

Two facts stand out in Table 3.  First, of those who didn't complete high school, blacks' percentage is more than double whites' percentage.  When Tables 1 and 2 are also considered, it is no surprise that black income is lower and the black unemployment rate higher.  Second, while high school completion, some college, and associate degrees percentages are similar for both races, blacks are lower in the four highest categories of educational attainment.

This information should not be interpreted as denigrating blacks.  It is here only to illustrate how ridiculous the cited charts that "demonstrate" systemic racism are.

The first Business Insider chart says the employment-population ratio measures the share of a demographic group that has a job, and it's been lower for black people for years: 53.4% for whites and 49.6% for blacks.  Tables 2 and 3 interpreted together refute this contention, showing it's not a manifestation of systemic racism.

The second chart says the unemployment rate has spiked for all racial groups in the U.S. during the coronavirus pandemic and is especially high for black Americans: 12.4% for whites and 16.8% for blacks.  Again, examine tables 2 and 3 together.

The third chart says black Americans are underrepresented in high-paying jobs: 41% for whites and 31% for blacks.  Examining tables 1 and 3 together destroys this contention if "high-paying jobs" are obtained primarily via educational attainment.

The seventeenth chart says that when they tried to get financing from banks, black mortgage applicants were more likely to be denied loans than aspiring homeowners of other races: about 9% for whites,  about 18% for blacks.  Bankers are not stupid; they can read tables 1 and 3 together.

The eighteenth chart says the share of black households that own their own homes is lower than other racial groups: 73.7% for whites, 44% for blacks.  Again, tables 1 and 3 must be considered together.

In every contention, when education attainment and its consequences are considered together, they knock holes in the "systemic racism" myth.

Blaming the education system won't work.  A 2010 article contends that student poverty is the primary factor contributing to educational achievement differences because school poverty is a result of student poverty.  But I remember a "War on Poverty" initiated in 1964 by Lyndon Johnson.  So how can there be disparities in the poverty rates in the schools whites attend and blacks attend?  But liberals never let up: "Decades after Brown v. Board supposedly ended segregated schooling, these boundaries show a country where education remains deeply divided and unequal."

"More African-Americans are going to college than ever before."  But here's the "rest of the story."  Liberals hate it when a "but" unravels their assertion.  "But according to new research from the Center on Education and the Workforce at Georgetown University, African-American college students are more likely to pursue majors that lead to low-paying jobs, setting up many for future debt and underemployment.  And over time these occupational choices contribute to the wealth and opportunity gap between whites and blacks that spans generations."

While we're on the subject of education, give the Democrat party its due.  "These [Democrat] politicians ... claim to want to help disadvantaged populations but are fighting against giving those groups more educational options."  Don't forget the teacher unions, specifically the two largest, the National Education Association and the American Federation of Teachers.  Both groups give money overwhelmingly to the Democrat party and have endorsed Joe Biden.

At the Ben & Jerry's systemic racism website are several claims.  They are just plain silly.  A discussion of education (third point) claims: "Black students are 3x more likely than white students to be suspended for the same infractions."  The assertion references an NPR article that makes this statement: "The report doesn't specify why [emphasis mine] there are such glaring disparities in school punishment[.]"  That in itself makes further claims suspect.  Perhaps the person who put the website together didn't read the NPR article, assuming we'd take everything postulated as facts.

The sixth point offers this:

Black Americans are far more likely than whites to lack access to emergency medical care.  The hospitals they go to tend to be less well funded, and staffed by practitioners with less experience.  But even black doctors face discrimination: they are less likely than their similarly credentialed white peers to receive government grants for research projects.  And it seems that facing a lifetime of racism leaves African Americans vulnerable to developing stress-related health issues that can lead to chronic issues later in life.

The link to the cited 2012 study, provided by Think Progress, is a dead link, so we cannot determine the definition of "unconscious racial bias" or if the study addresses the other issues identified.  We cannot evaluate Ben & Jerry's assertions.  All we can do is accept their claims.  Again, just plain silly because we think.

Speaking of health care, the Chinese, via the COVID-19, contributed to systemic racism.  Vox's chart 4 has this data:

Hospitalizations per 100,000 people, March through June 6, from CDC.

Damn those Chinese for biologically engineering a virus that disproportionately targets blacks.  "According to the group's (APM Research Lab) analysis, if black Americans died of Covid-19 at the same rate as white Americans, more than 14,000 black people who died after being infected by the coronavirus would be alive today."  Vox actually included that statement.  That assertion is just plain stupid.

The fifth Business Insider chart should be insulting, maintaining that black Americans have historically been underrepresented in the highest echelons of government by showing black members of Congress over time.  Not committee appointments or chairmanships, not department heads, not presidential election results.  If the chart illustrates systemic racism, are the authors saying blacks are too stupid to vote for blacks?

Once again we see that what is claimed or postulated is not a reality.

American Thinker is a daily internet publication devoted to the thoughtful exploration of issues of importance to Americans. Contributors are accomplished in fields beyond journalism, and animated to write for the general public out of concern for the complex and morally significant questions on the national agenda.
Prev Next