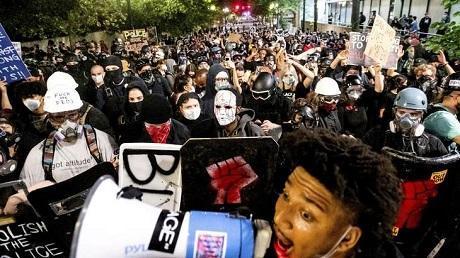 Marxism's 'social justice' front. 'Social Justice' Is Extortion. The Mafia is not as good at extortion as “social justice” activists. Feminists and race activists have successfully invoked moralism to demand preferences, special benefits, and power.

The Mafia is not as good at extortion as “social justice” activists. Feminists and race activists have successfully invoked moralism to demand preferences, special benefits, and power. The legal cover for this extortion comes in the form of “affirmative action” and “diversity.”

Feminists, under the guise of “equality,” have striven to replace men and dominate in their place. In this, they have been largely successful. For sixty years, they have demanded and received preference in college admissions and funding, university and business hiring and grants, and appointment to administrations and positions of power. In arenas where they have pushed men out, for example in universities where female students now approach 60% to men’s 40%, they do not demand “equality” for men, but rather push for dominance in the few, majority male fields remaining, such as engineering and science.

While they claim the high ground of “social justice,” they are quite ready to use their power against men. Accusations of “sexual harassment” or “rape” are sufficient, without evidence, to “cancel” a man. Do not dare to deny a female whatever she wants, for a scorned female will cancel you. In all universities, but spreading throughout business and governments, there are “diversity and inclusion” and Title IX officers, feminist all, whose job it is to vilify and destroy any male against whom an accusation is made. And that includes anyone who contradicts the feminist narrative. The only places these injustices are challenged are in actual law courts, which have condemned multiple universities for their violations of the legal and civil rights of their male victims.

Blacks, Hispanics, and other “people of color” have been given preferences for admissions, funding, and jobs for sixty years under “affirmative action.” Those at universities, now fully out of control, have demanded and received from spineless administrators segregated socializing, eating, and sleeping facilities, as well as special ceremonies. Race activists claim that all of these special benefits are justified by “slavery,” which no contemporary African American has ever experienced, or by the fictitious “systemic racism” that exists without any actual human racists.

Out in our streets, people claiming to support Black Lives Matter, a self-declared Marxist organization that aims at getting rid of the two-parent family and all police: “We know that police don’t keep us safe — and as long as we continue to pump money into our corrupt criminal justice system at the expense of housing, health, and education investments — we will never be truly safe.” Black Lives Matter requires that white people physically bend a knee for them, or else. The “else” turns out to be widespread looting of commercial enterprises; arson of private and public buildings, and of police and personal cars; assaults on police and anyone who attempts to stop criminality; and if they get too irritated, murder. Looting has been justified by a Black Lives Matter official as “reparations now.”

The Democrat Party pretense that mostly there are only “peaceful protesters” is a blatant lie, particularly when elected Democrat officials encourage the looting and arson and attacks on police. The claim that rioting is all about police reform and justice for African Americans no longer has any credibility. The truth is that there is no light between Democrats and rioters, the antifa rioters serving as the militia of the Democrat Party.

The Democrat “defund the police” movement, which has hobbled the police in many Democrat-run cities, does not enhance “black lives,” which are threatened by a high rate of black-on-black crime, particularly shootings and murders, but also theft, robbery, assault, and rape. It is no wonder that African Americans other than race activists want to maintain or increase the level of police presence in their communities.

Meanwhile, anti-male sexism and anti-white racism have been normalized as “social justice.” So, feminism and race activism were never really about equality and justice, but about revenge against “oppressors,” about flipping the hierarchy in favor of females and “people of color,” and against men and whites (and, remarkably, against Asian people of color, who were granted dishonorable honorable-white status and discriminated against because they are too successful). This successful power grab did not cause any hesitation on the part of feminists for marginalizing half of the population, including their brothers, cousins, and sons, or any reluctance on the part of race activists that they were marginalizing the large majority of their fellow citizens, who happen to be white. No, fevered tribal sentiment is apparently sufficient to justify anti-male sexism and anti-white racism. 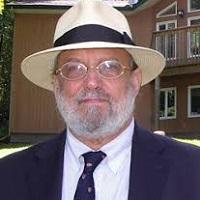 Author: Philip Carl Salzman is Emeritus Professor of Anthropology at McGill University, Senior Fellow at the Frontier Centre for Public Policy, Fellow at the Middle East Forum, and a Director of Scholars for Peace in the Middle East. His public interest articles can be found at the Frontier Centre, the Macdonald-Laurier Institute, Gatestone Institute, Middle East Forum, Minding the Campus, C2C Journal, Areo Magazine, and Dogma Review.
Read full article on PJ MEDIA

Those who believed that the collapse of the Soviet Union meant that communism had ceased to exist, never paid much attention to the Frankfurt School or Antonio Gramsci. The terms “progressive” or “liberal” are gross misnomers to categorize the ideological…