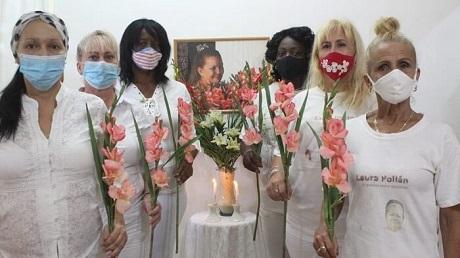 Republican Senator Rick Scott celebrated today that the U.S. Senate approved the bipartisan resolution in favor of the "Damas de Blanco" that was presented by several officials on March 4.

Scott, who served as governor of the state of Florida, assured that he will always support organizations and groups that seek to fight for the human rights and freedoms of the citizens of Cuba, who are subjected to strong repression by the Castro government.

The U.S. official made his statement through his official Twitter account and added a message written by Cuban-American Senator Marco Rubio after the approval of the resolution was made known.

"I applaud the passage of my bipartisan resolution along with Senator Marco Rubio and colleagues, in honor of the Ladies in White, a peaceful movement led by women in support of freedom and human rights in Cuba. We will always stand with those who fight for freedom and democracy," the official wrote in support of the struggle for freedoms in Cuba.

We will always stand with those fighting for freedom & democracy. https://t.co/26gltqckR3

The bipartisan resolution, named Resolution 81 in honor of the Ladies in White, was previously approved on March 24 by the House Foreign Affairs Committee, after also being introduced by Senators Marco Rubio and Bob Menendez.

Similarly, the resolution received support from Senators Rick Scott, Ted Cruz and Ben Cardin, who considered that the brave women of the Ladies in White defy the constant attacks against freedom by the Cuban government.

"As the Cuban people continue to raise their voices against the lack of basic freedoms and social injustice on the island, this bipartisan resolution affirms our commitment to make the aspirations of the Cuban people a cornerstone of our policy toward Havana," stated Democrat Bob Menendez at the time.

For his part, Rick Scott said he was honored to lend his support to the courageous women of the opposition organization, who have fought against the repression of the Castro regime for nearly two decades.