Manifesto of Montecristi and Cuba Today

Manifesto of Montecristi and Cuba Today 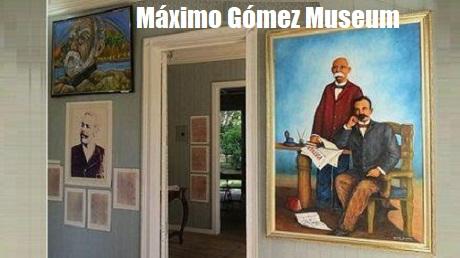 Manifesto of Montecristi and Cuba Today. In this document, José Martí exposed the causes that lead Cuba to fight against Spain to become an independent nation, free from economic or military control by any outside source.

It is written, and in non-cryptic language, that the Castro-communist dictatorship is in full gestation. While the sycophants of barbarism are preparing, on the one hand, the mummification of the despot and his system, on the other hand, they are in a hurry to furtively plunder the national wealth, with their family members who are scouring the protection of foreign residences (giving clear demonstration of the little confidence in the survival of Cuban socialism and the delinquent and corrupt nature of the Castro revolution), multiple propositions of the pro-democratic forces are being put forward. The pristine patriotism embodied in the Montecristi Manifesto would be a sumptuous compass.

In that jewel of a city, hidden in the northwest coast of Quisqueya, José Martí embodied in 3537 words, perhaps his strongest political testament. Proclaiming to the world why the emancipation war against the Spanish metropolis, the robust and elegant essay transcendentally traced to our times an impetuous relevance. Without knowing it, in that prelude to the liberating expedition, the Master facilitated our understanding of modern complexities.

The Apostle did not hesitate to speak of "war". Without fear of offending the autonomists, annexationists and, much less, those sympathetic to submission to the Madrid crown. Moreover, he insisted on correlating the glorious deed of Yara with the one that was being undertaken. That insistence in tying a continuity to the liberating process obeyed to the lucid awareness that Cuba's freedom was a historically organic work, even though he was its most illustrious architect. This must also be the characterization of the struggle against Castro-communist despotism. There can be no gaps in time or in the methodology of the struggle. The war began on January 1, 1959. Our dead, illustrious and many, deserve that decorum. If the times dictate ways of struggle without weapons, that posture must obey to tactical and not moral exercises. The enemy, fierce and merciless, deserves the most overwhelming weight of our lead. However, the use of resistance is left to the circumstances and the user. Let us not discriminate against either. That would only feed the durability of the dictatorial regime, scaring away possible liberating conjectures.

Positions that conceal scales of citizenship based on geography must be rejected. Cuba is one: within the walls and in the diaspora. The Manifesto refers to Cubans "abroad and on the Island" with the same singularity of classification. Exclusivism is a practice that must be buried with Cuban communism.

Despite the tacit silence of many history books, our struggle for independence contained strong elements of a civil war. The Maestro knew this very well. Also of historical tact. His war was not against the "neutral and honest Spaniard". But being "pious" with the repentant, and at the same time, "inflexible only with vice, crime and inhumanity", paved the way for the understanding that Martí did not tolerate impunity. Complicity with tyranny, and its tolerance, did not fit into the Apostle's republic of love. Whether the aggressor was a Spaniard or a Cuban-born Cuban. Nor should we today contemplate conjectures that, with amnesties, protect fratricides and kleptomaniacs, thus giving license to crime and fostering the bases for the resurgence tomorrow of the evil that we fight today.

A firm believer in predestination (of men and peoples), Martí glimpsed an extraterritorial effect of the events that were being prepared for Cuba. And so he does now. The painful ordeal, amalgamated with the innate Creole talent and the predilection of divine grace, show for the Homeland resplendent repercussions "for the good of America and the world". Cuba's path, past, present and future, will not allow the evasion of a universalism, disproportionate to its geographical limits.

The Manifesto took note of the problems of our America, mainly dictatorship, corruption, monoculture, etc. Its recipe of establishing a free society, with political and economic amplitudes, was the best guarantor to promote progress and limit vices. It still is.

The Master's prodigious pen proclaimed a great future for Cuba. But it was full of prerequisites. When he launched the war "only terminable by victory or the grave", the mediatization of the Cuban problem was a denaturalization of the purpose. Today, the collusions with foreign blocs and powers, protecting commercial interests and ideological affinities, excavate possibilities to save the tyranny from the historical guillotine that has already dictated its sentence. We cannot allow this monstrous repetition. What meant "victory" for the Apostle, must be so for us. The unconditional bankruptcy of Spanish tyranny that the Manifesto of Montecristi proclaimed, must, in a trans-generational way, be applied to its modern repressive counterparts. Any document today that is less determined to extirpate the evil that oppresses the Homeland in our times in an absolute manner, must be challenged.

José Martí in Quisqueya, accompanied by Máximo Gómez, acclaimed that the moment for Cuba no longer awaited and made official, literally, the emancipation campaign. The parameters were pure, not by idyllic sensibility, but by the sensible conviction that mediatized freedom has a very short life and is unworthy of the blood of our martyrs, donated before Cuba as an altar. Any proposal for democratization must be no less clear and broad. Clear, like the crystalline water that resides behind the hill of the "Morro" (in Montecristi) and wide, like the smile of the "Montecristeños".