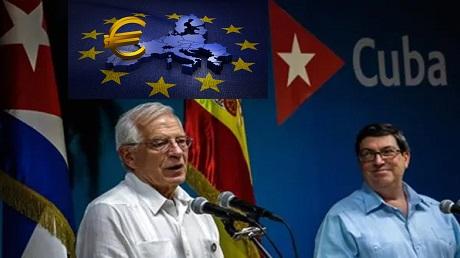 EU gives Castroism funds for the opposition. The euros destined by the EU do not go to civil society.

The funds allocated by the European Union (EU) for aid to Cuban civil society, and which come from the payment of taxes by European citizens, are being given directly to the Castro regime, according to an investigation by the NGO Prisoners Defenders.

The document directly accuses the EU ambassador to Cuba, Alberto Navarro, and his team of using money from annual seminars entitled "EU-Cuba Civil Society Seminar" to give to the government, rather than to Cuban NGOs.

Navarro, along with 37 MEPs, mostly from the center-left, give European taxpayers' money to the regime, circumventing the budget lines under which the money is transferred from EU accounts. According to Prisoners Defenders, this ruse could result in a formal indictment for the alleged criminal offense of fraud by embezzlement of public funds.

In the document "European Union-Cuba Cooperation - Contributing to the 2030 Agenda for Sustainable Development", published by the EU Delegation in Cuba, it is indicated that the EU collaboration is set at 127.8 million euros divided into several budget items.

In particular, the European Union has a budget item called "Thematic Program for Civil Society Organizations and Local Authorities" where more than 2 million euros are allocated. This money has been given to mass organizations controlled by the Cuban state and which the government itself defines as civil society.

For example, the Redes Irma project, to which the EU allocated 1,972,000 euros, directly benefited the leadership of the Federation of Cuban Women (FMC), the National Association of Small Farmers (ANAP), the Center for Exchange and Reference Community Initiative (CIERIC), the Cuban Association of Agricultural and Forestry Technicians (ACTAF) and the Cuban Society for the Promotion of Renewable Energy Sources and Environmental Respect (CUBASOLAR).

"The conclusion is irrefutable: not a single euro of those analyzed based on the beneficiaries mentioned in the EU delegation's document has been delivered by the European Union to civil society. Incomprehensibly, all the projects analyzed are endowments of foreign currency (euros) to state-owned companies of the Cuban government, but which the EU delegation in Cuba officially reports as 'civil society' in numerous sources," concludes the Prisoners Defenders investigation.