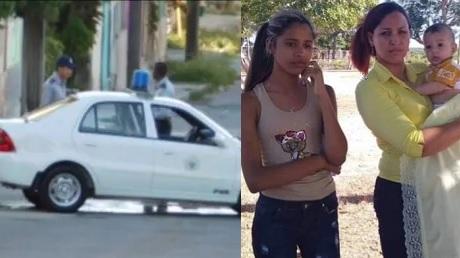 The activists of the Patriotic Union of Cuba (UNPACU) were victims of violent detentions and incommunicado detention while they continue with a hunger strike against repression and a police siege ordered by the government.

It was reported via Twitter that Dr. Nelva Ortega, wife of José Daniel Ferrer, leader of this opposition group, was violently detained by State Security agents when she was on her way to visit striker Niuvis Biscet, who is very weakened.

Ferrer's daughter, Fatima Victoria Ferrer, 16, and activist Yaniris Popa were also detained along with the doctor. The three women were arbitrarily detained for three hours.

Activist Ana Belkis Ferrer reported that the government increased its repressive elements around the main UNPACU headquarters, located in the Altamira neighborhood of Santiago de Cuba.

Likewise, from Ferrer's Twitter account, he commented that the activists inside that place are incommunicado and very weakened.

The hunger strike has been going on for 18 days this Tuesday in response to a police siege that has been installed for 23 days to prevent the free distribution of food and medicines to poor people.

Agents of the State Security and the National Revolutionary Police (PNR) prevent the passage of people trying to access the opposition headquarters and also placed cameras for greater surveillance.

At the beginning of this week, the strikers received the support of Cubans living in the cities of Texas and Miami, in the United States, as well as in Amsterdam, Netherlands.

The peaceful protest is also supported by legislators of the European Parliament, Cuban-American senator Marco Rubio, the rapporteur for Cuba at the Inter-American Commission on Human Rights, Stuardo Ralón; and the interim president of Venezuela, Juan Guaidó.

In addition to Biscet, other strikers also present health problems such as Alisanna Lores Furones who had to be hospitalized on emergency in Santiago de Cuba.

"She is in very bad condition after 13 long and cruel days on hunger strike against repression. Yesterday she suffered two fainting spells. Her husband Joel Acosta Gámez is also in very delicate condition, both are HIV patients. The lives of all the strikers are in extreme danger", reported Ana Belkis.

The Miranda Leyva brothers, residents of Holguin, are in terrible health conditions and over the weekend it was reported that Ferrer's son, Jose Daniel Ferrer Cantillo, has kidney problems.