8th PCC Congress recognizes the non-compliance with its own dictates

8th PCC Congress recognizes the non-compliance with its own dictates 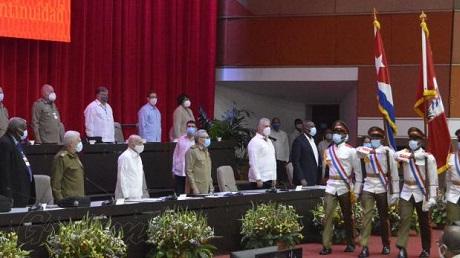 The resolution of the 8th Congress of the Communist Party of Cuba (PCC) recognizes that only 30% of the guidelines on the "Economic and Social Policy of the Party and the Revolution" approved at the 6th Congress, held 10 years ago, have been implemented. But, worse than that is that nowhere in the document is there any criticism for the delay and inefficiency.

According to the report read by Alejandro Gil Fernandez, Minister of Economy and Planning, 40% of the 244 approved policies are in implementation and the remaining 30% are in the proposal and approval stage.

Among the achievements that the communists themselves point out is the "conformation of the legal and programmatic bases for the medium and long term, the initial steps for the development of the management system of the economy and of the different economic actors, the adaptation of the social policies to the new scenarios and the improvement at the different levels of the State and Government".

However, in concrete terms, the country is at a critical moment. The situation is worse compared to the scenario in which the country found itself 10 years ago when it was intended to initiate a reform process to get out of the continuous crisis faced by the nation since the fall of the socialist camp in Eastern Europe.

Instead of offering results, the 8th Congress of the PCC once again asks for trust and sacrifice from the Cuban people and presents "a plan" for the next 5 years until the 9th Congress is held.

According to the final opinion, in the next five years, progress will be made with the fulfillment of the "main directions of work" so that the priorities of the economy and the transformation of the Model will be "channeled".

The guidelines for the next 5 years are reduced to 201, which are aimed at: