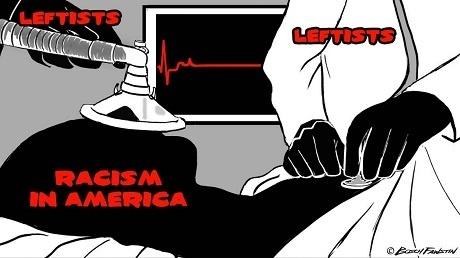 Welcome to the Big Lie of “Systemic Racism” in America. Actual Racism in America is Negligible, So Lying Leftists Cry 'RACISM!' 24/7.

Welcome to the Big Lie of “systemic racism” in America.

Here’s one of the ways that leftists keep the idea of racism in America alive: when a killer happens to be white, leftist statisticians often list it as a “white” killing, which is how they cook the numbers to try to make it seem as if “white supremacy” is a major threat. At the same time, they downplay the actual threats of leftist supremacy, black supremacy and Islamic supremacy. And part of why leftists play up the non-threat of “white supremacy” is to give black supremacists another excuse to “fight” against it, thus justifying their own racism and anything they do against “white supremacy,” including murder. (Check out a recent discussion I had on “The Bogeyman of White Supremacy”)

Also note that endless attacks by leftist terrorist groups, Antifa and BLM, aren’t listed as attacks by race or by ideology. And there’s no call to round them up as domestic terrorists, which is a designation that leftists reserve only for their non-terrorist political opponents. And when Muslims murder in the name of Islam -- unless it’s too big and too obvious to cover up -- it’s quickly listed as “not terrorism” and as “motive unknown.” This is how we get crooked rats on leftist outlets telling us, with as straight a face as they can maintain, that “white supremacism, right wing terrorism, is the greatest threat we face.”

I’m sick and tired of America being smeared as “racist” by leftists, but they clearly believe that if they were to simply accept the reality that we are indeed the post-racial country that we are, then their ability to divide us on race would be over, which could then cascade into crippling their ability to divide us on other immutable traits, and so their chance at defeating us from within would be staved off.

And so leftists continue to work 24/7 to keep their counterfeit “racism” alive by hook or by crook, all in the name of maintaining and acquiring power over America. 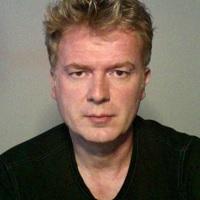