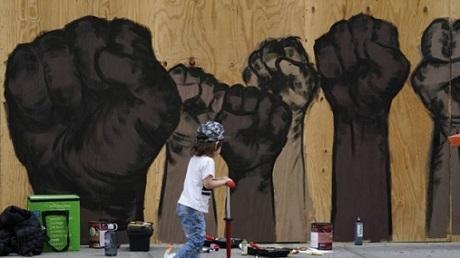 Reparations is a horrible idea. Reparations: The Wrong Solution to the Wrong Problem.

Ever since the passage of the 13th Amendment in 1865, reparations have been proposed as a form of redress for slavery. Originally targeting the direct victims of slavery, reparations today are proposed, not only for descendents of slaves but for the black community at large, for the racial injustice responsible for the black-white wealth gap.

Setting aside the enormous difficulty of tracing one’s ancestry to an actual slave, determining the monetary value for an injustice 150 years removed would be arbitrary at best, contentious at worst, and open to criticism by all stakeholders. And how would that apply to African Americans with white parents (like Barack Obama), or whose ancestors were slave owners in this country, or whose ancestors were slave owners or slave traders in their native lands?

A solution to division and injustice?

Assuming those thorny details could be worked out, would reparations move us closer to racial justice and reconciliation in this country? It’s unlikely. I can’t think of a more unjust and divisive scheme than to take from people who had no part in antebellum slavery and give to those who were not its victims.

But there’s a more basic question. Say you award every slave descendent—no, every African American—$10,000, $100,000, or whatever, would it solve economic disparity in the black community? Again, it’s unlikely. While it might assuage black poverty for a time, the “rags to riches to rags” stories of lottery winners inform us that people are not poor because they lack money; they are poor because they make poor choices, some of which are underwritten by the state.

Tragically, what the sexual revolution made morally acceptable, the welfare programs of the Great Society made financially possible by subsidizing sex without consequences, procreation without marriage, and homes without fathers. The results of which are the fatherless homes and out-of-wedlock births (conditions strongly correlated to poverty, crime, and other negative outcomes) that have become the norms in the black community.

Exploring cause and effect, the Brookings Institute, a liberal think tank, found that avoiding poverty comes down to making three life choices: finishing high school, getting a full-time job, and waiting until age 21 before getting married and having children. Their research shows that only two percent of those who followed these principles are poor.

When followed consecutively, these three principles have been called the “success sequence” because they afford a person the best odds (98 percent) of escaping poverty. Consider that for the last 25 years the poverty rate for a black family headed by a married couple has been less than 10 percent and is consistently lower than that of whites.

But the nuclear family is the exception in the black community where 75 percent of children are born out-of-wedlock and two-thirds of households are headed by a single female, the family structure with the highest rate of poverty. If the “legacy of slavery” is to blame, notes black economist Walter Williams, it doesn’t account for the fact that “in 1940 the black illegitimacy rate was 11 percent and most black children were raised in two-parent families.”

Consequently, black thinkers, like Williams, do not consider economic inequality or even racism the biggest problem in the black community but, rather, the “very weak black family structure,” caused by the disruption of the nuclear family, which “predisposes children, especially boys, to academic failure, criminal behavior and economic hardship, not to mention an intergenerational repeating of handicaps.” Ironically, one of the goals of the self-proclaimed black advocacy group, Black Lives Matter, is to disrupt further this “Western-prescribed” family structure.

In the 1990’s, media mogul Oprah Winfrey befriended a fatherless boy in the Chicago projects whose mother was out of work. Oprah found his mother a job and enrolled the boy in a private school only to have him expelled for non-attendance. After expressing her disappointment about his decisions, Oprah gave the boy a second chance, enrolling him in a pricy boarding school. He dropped out a short time later.

“I learned from that experience,” said Oprah, ”if you really want to change somebody’s life, you gotta be able to spend enough time with them to change the way they think about what their life can be. It isn’t enough to give a person a new life or money or a new car; you have to teach them how to fish themselves.”

In other words, money and opportunity are not sufficient to lift people out of the projects if they hold a faulty view of the world, life, and human flourishing.  They need proper understanding in these matters and a vision—one loftier than they’ve dared to imagine—otherwise, they will be held captive in the gravitational pull of poverty despite all the social props of the state (e.g., welfare, affirmative action, and reparations).

What’s more, except for criminal behavior, the state can’t set people straight as it lacks both the political will and the moral authority to nudge them toward any way of living over any other. That’s something only the Church can do.

Will the Church do something?

Only the Church can explain how the “success sequence”—which was instituted when God gave Adam the Garden of Eden to work, Eve to love, and the command to “be fruitful and multiply”—positions one for the abundant life. The question is: “Will the Church man up?”

In churches across the nation, from those in black ghettos to those in white gated communities, members will never hear clear teaching on life choices like cohabitation, divorce (i.e., “serial monogamy”), non-marital sex (be it straight or gay), or abortion for fear that a discouraging word might thin the pews by offending offenders, their family, or friends.

Until churches become more concerned about convicting the spiritually dead than avoiding their disgruntlement, and begin presenting historic Church teaching boldly and unapologetically,  the “success sequence” will be increasingly exceptional—not only in the black community, but in the white community as well, where it has been in steady decline for several decades. 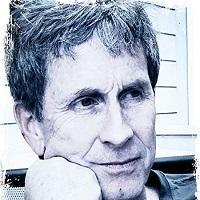 Author: Regis Nicoll is a retired nuclear engineer and a fellow of the Colson Center who writes commentary on faith and culture. He is the author of Why There Is a God: And Why It Matters.
Read full article on CRISIS MAGAZINE
Did you like it? Share your thoughts!
Tweet
Whatsapp