Marxist BLM Support Plummets. Support for the radical-left Black Lives Matter (BLM) movement has plummeted this year, according to a new report from the left-wing New York Times.

BLM has been riding off the back of allegations of “systemic racism” in policing in the United States (and in general).

Support - and profits - for the organization, which openly promotes Marxism, soared after the death of George Floyd in 2020.

However, it has now fallen back to levels last seen in 2019, the Times reports.

According to an essay by academics Jennifer Chudy and Hakeem Jefferson, net popular support for BLM was +5% in mid-2018. 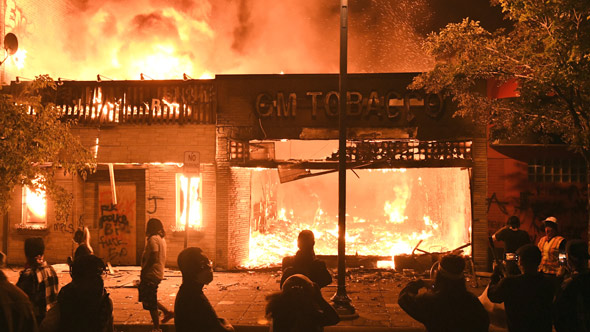 From NYT: 'Support for Black Lives Matter Surged Last Year. Did It Last?' The answer is no. 'The data...contradicts the idea that the country underwent a racial reckoning.' https://t.co/GL2wY9BsB5 pic.twitter.com/hlTK2xMMB3

Chudy — whose specialties are “white racial guilt, sympathy, and prejudice” — and Jefferson write that America’s so-called “racial reckoning” was short-lived:

The moment was called “a racial reckoning.”

Multiracial crowds of protesters took to the streets to call for racial justice.

Books about racism soared to the top of best-seller lists. And surveys suggested that white Americans, many of whom had long opposed efforts to advance the goals of racial equality, were having a change of heart.

If previous instances of violence against Black people were quickly forgotten, the sense among many Americans was that George Floyd’s death would usher in a durable shift in attitudes regarding race and justice.

Though there is, in the data, reason for some optimism, the more general picture contradicts the idea that the country underwent a racial reckoning.

Whereas support for Black Lives Matter remains relatively high among racial and ethnic minorities, support among white Americans has proved both fickle and volatile.

Support for Black Lives Matter has plummeted this year

The authors write that the decline was felt largely among whites and Republicans, who shared outrage at what happened to Floyd but have since “actually become less supportive of Black Lives Matter than they were before the death of George Floyd.”

The scholars go on to explain declining white and Republican support for BLM by referring to “increased politicization of the issue by elites,” including then-President Donald Trump.

They do not seem to consider the effect of violence, rioting, murder, and looting — except as reflected in Trump’s rhetoric — in alienating potential support.

Read the full essay in The New York Times.