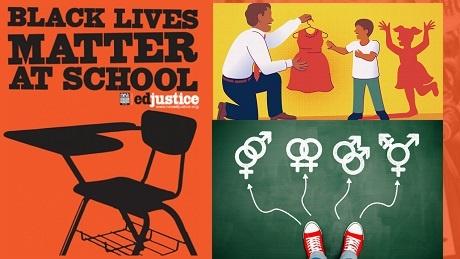 D.C. Public Schools announced Monday that it is participating in the Black Lives Matters at School Week of Action, a program that includes among its priorities “disrupting the Western-prescribed nuclear family structure requirement” and allowing everyone — including elementary-aged students — to “choose their own gender.”

In an email to parents obtained by The Daily Wire, the D.C. Public School district announced that it will be using critical race theory-based curricula to teach students about Black History Month. The email linked to resources from Teaching Tolerance, which is a branch of the activist Southern Poverty Law Center network, and a video from D.C. public school teachers explaining the importance of “anti-racism” activism.

The district’s platform is centered around Black Lives Matter’s “13 Guiding Principles,” which calls for queer and transgender affirmation and “restorative justice,” among other priorities. The guide calls for the dismantling of the “patriarchal practice” of requiring mothers to parent their children while also participating in “justice work.”

The guide also asks the school district to commit itself to “Black Villages,” which calls for the “disruption” of the idea of the nuclear family and refers to children as communal children.

“We are committed to disrupting the Western-prescribed nuclear family structure requirement by supporting each other as extended families and ‘villages’ that collectively care for one another,” the guide reads. “Especially ‘our’ children.”

Two versions of the guide are also available for children. One version comes in written form, the second is a printable coloring book that reiterates the guiding principles with pictures and prompts to discuss the principles. The children’s version — in both written and color book format — tells students that they can choose what gender they want to be.

The coloring book version prompts children to discuss how they feel when someone categorizes the actions of girls and boys.

The centerpiece of the D.C. Public School’s platform for Black History Month asks educators to reflect on their working relationship with “antiracist pedagogy and abolitionist practice.” Both of these theories are rooted in critical race theory (CRT), which claims America is irredeemably rooted in racism. The platform also asks teachers to center their classrooms around “black lives.”

Teachers were also given a list of self-reflection questions. One reflection asked teachers to examine in what ways their practices “erase the histories” of minority students and “prevent [students] from bringing their whole selves into the learning environment.”

Other instructions for teachers included asking them to wear Black Lives Matter t-shirts on the first day of school as well as posting a video to social media — specifically Twitter — affirming the teachings of Black Lives Matter.

The District of Columbia’s Education Chancellor, who approved the curricula, did not respond to requests for comment. 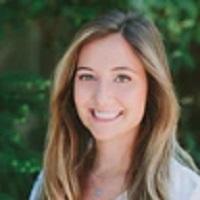 Author: Chrissy Clark is a staff writer at The Daily Wire. She reports on higher education and college campus issues. Her work is also featured in The Washington Free Beacon, The Federalist and The Daily Signal. Chrissy received her degree in political science from Michigan State University. Follow her on social media @chrissyclark_ or contact her at This email address is being protected from spambots. You need JavaScript enabled to view it..