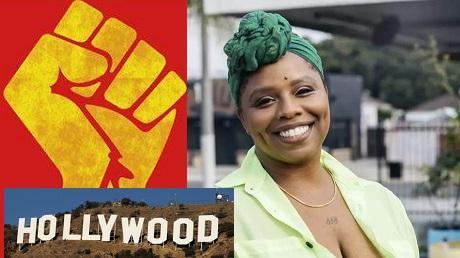 ‘Hate on Him If Y’all Want’: Keke Palmer Responds to Critics Who Shame Her for Aspiring to be Like Tyler Perry

In a strange twist of events, actress Keke Palmer was recently on the tail end of online backlash after praising director Tyler Perry for his career accomplishments. On Monday, Sept. 28, Palmer took to her Twitter account to show some love to the award-winning star. “I want to be like Tyler Perry when I grow up,” the actress tweeted. “He’s like a modern Walt Disney,” Palmer wrote of the director/actor/producer who, as reported by Forbes in September, has achieved billionaire status. This after withstanding an abusive childhood and nights of sleeping in his car during a period of homelessness, as the “Alex Cross” actor has shared publicly.

Patrisse Cullors is making a big step into the television business.

The co-founder of Black Lives Matter has signed her first over overall deal with Warner Bros. Television Group. Characterized as multi-year and wide-ranging, the pact will see Cullors develop and produce original programming across all platforms, including broadcast, cable and streaming.

Cullors’ agreement encompasses scripted and unscripted series, longform series, animated and kids programming, as well as digital content. Together, WBTVG and Cullors will look to amplify the work of the Black Lives Matter, which Cullors started alongside Alicia Garza and  Opal Tometi back in 2013, and create more opportunities for prominent Black storytelling. Precise terms for the deal have not been disclosed.

“Black voices, especially Black voices who have been historically marginalized, are important and integral to today’s storytelling. Our perspective and amplification is necessary and vital to helping shape a new narrative for our families and communities. I am committed to uplifting these stories in my new creative role with the Warner Bros. family,” Cullors said in a statement. “As a long time community organizer and social justice activist, I believe that my work behind the camera will be an extension of the work I’ve been doing for the last twenty years. I look forward to amplifying the talent and voices of other Black creatives through my work.”

News of Cullors’ deal comes exactly a week after WBTV Group announced an overall with “Supernatural” star Jensen Ackles and and his wife and fellow actor Danneel Ackles. The group also has overalls with Robin Thede and “The Batman” director Matt Reeves.

News Break is your destination for local content, keeping you informed about your local community, town, and city in light speed. News Break covers every single city in the U.S, with 6 million daily active users and 12 million monthly active users.
Prev Next