The official Black Lives Matter organization removed a page on its website that summarized its beliefs, which included a rebuke of the "Western-prescribed nuclear family structure."

The group, co-founded after the death of Trayvon Martin in 2013, removed a page titled "What We Believe," which included a variety of positions on public policy issues beyond police reform and police brutality. Among its news releases includes a call for a "national defunding of police," later decrying police "reform" as ineffective.

"Page Not Found. Sorry, but the page you were trying to view does not exist," the page reads.

The Washington Examiner reached out to Black Lives Matter for comment.

An archive of the page shows the group describe itself as part of a "global Black family" that engages "comrades with the intent to learn about and connect with their contexts."

"We make our spaces family-friendly and enable parents to fully participate with their children. We dismantle the patriarchal practice that requires mothers to work 'double shifts' so that they can mother in private even as they participate in public justice work," the organization wrote. "We disrupt the Western-prescribed nuclear family structure requirement by supporting each other as extended families and 'villages' that collectively care for one another, especially our children, to the degree that mothers, parents, and children are comfortable."

The website still has an "About" page that contains a shorter list of its goals as an organization.

Republicans have criticized the group's co-founder Patrisse Cullors in ads, playing a clip from a 2015 interview in which she identified herself and fellow co-founders of the organization as "trained Marxists."

"I actually do think we have an ideological frame. We are trained Marxists," the ad shows Cullors saying.

"This isn't about justice. It's about destroying America," the Republican ad concludes. 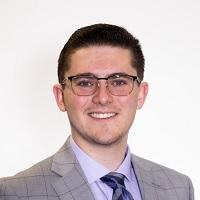