Black Lives Matter Agenda Is Far Different From the Slogan 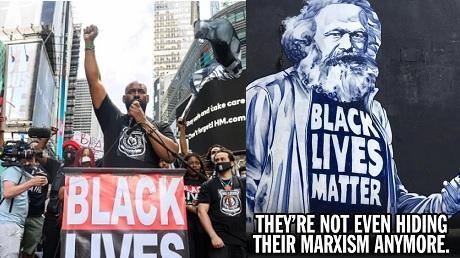 Many see the slogan Black Lives Matter as a plea to secure the right to life, liberty, and the pursuit of happiness for all Americans, especially historically wronged African Americans. They add the BLM hashtag to their social-media profiles, carry BLM signs at protests, and make financial donations.

The goals of the Black Lives Matter organization founders go far beyond what most people think: They are a trained Marxist. 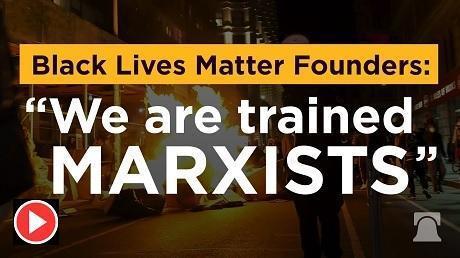 Tragically, when they do donate, they are likely to bankroll a number of radical organizations, founded by committed Marxists whose goals aren’t to make the American Dream a reality for everyone — but to transform America completely.

This might be unknown to some of the world’s best-known companies, which have jumped on the BLM bandwagon. Brands like Airbnb and Spanx have promised direct donations.

True, others like Nike and Netflix have shrewdly channeled their donations elsewhere, like the NAACP and other organizations that have led the struggle for civil rights for decades. These companies are likely aware of BLM’s ­extreme agenda and recoil from bankrolling destructive ideas. But it requires sleuthing to learn this.

Companies that don’t do this hard work are providing air cover for a destructive movement and compelling their employees, shareowners and customers to endorse the same. Just ask BLM leaders Alicia Garza, Patrisse Cullors and Opal Tometi.

In a revealing 2015 interview, Cullors said, “Myself and Alicia in particular are trained organizers. We are trained Marxists.” That same year, Tometi was hobnobbing with Venezuela’s Marxist dictator Nicolás Maduro, of whose regime she wrote: “In these last 17 years, we have witnessed the Bolivarian Revolution champion participatory democracy and construct a fair, transparent election system recognized as among the best in the world.”

Visit the Black Lives Matter website, and the first frame you get is a large crowd with fists raised and the slogan “Now We Transform.” Read the list of demands, and you get a sense of how deep a transformation they seek.

One proclaims: “We disrupt the Western-prescribed nuclear-family-structure requirement by supporting each other as extended families and ‘villages’ that collectively care for one another.”

A partner organization, the Movement for Black Lives, or M4BL, calls for abolishing all police and all prisons. It also calls for a “progressive restructuring of tax codes at the local, state and federal levels to ensure a radical and sustainable redistribution of wealth.”

Another M4BL demand is “the retroactive decriminalization, immediate release and record ­expungement of all drug-related offenses and prostitution and reparations for the devastating impact of the ‘war on drugs’ and criminalization of prostitution.”

Garza first coined the phrase in a July 14, 2013, Facebook post the day George Zimmerman was acquitted of murdering Trayvon Martin. Her friend Cullors put the hashtag in front and joined the words, so it could travel through social media. Tometi thought of creating an ­actual digital platform, BlackLivesMatter.com.

The group became a self-styled global network in 2014 and a “fiscally sponsored project” of a separate progressive nonprofit in 2016, according to Robert Stilson of the Capital Research Center. This evolution has helped embolden an agenda vastly more ambitious than just #DefundthePolice.

The goals of the Black Lives Matter organization go far beyond what most people think. But they are hiding in plain sight, there for the world to see, if only we read beyond the slogans and the innocuous-sounding media accounts of the movement.

The group’s radical Marxist agenda would supplant the basic building block of society — the family — with the state and destroy the economic system that has lifted more people from poverty than any other. Black lives, and all lives, would be harmed.

Theirs is a blueprint for misery, not justice. It must be rejected. 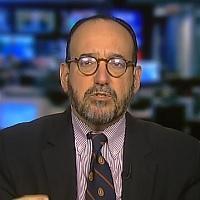 Michael Gonzalez is a Heritage senior fellow and author of the forthcoming book “The Plot To Change America.”

Gonzalez, who joined Heritage as Vice President of Communications in March 2009, became a senior research fellow in June, 2014. In his new capacity he has written on Hong Kong, China and Latin America.

Gonzalez was born in Cuba and left at age 12 in 1972. He also has lived in Belgium, France, Spain, Hong Kong and South Korea and has spent months living in and reporting from Afghanistan, Pakistan, China, Panama and Cyprus, among others. 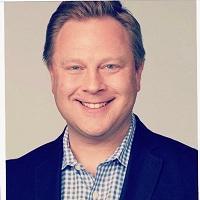 Andrew Olivastro is director of coalition relations at the Heritage Foundation.

Andy leads a strategic communications firm. His career began as a newspaper reporter in Connecticut and he most recently led executive and employee communications for United Technologies, the largest corporation in the state.

In between, he spent 12 years in Washington, D.C., at The Heritage Foundation, as a speechwriter at the RNC and in the Bush Administration, and advising Fortune 50 companies at Edelman Public Relations.