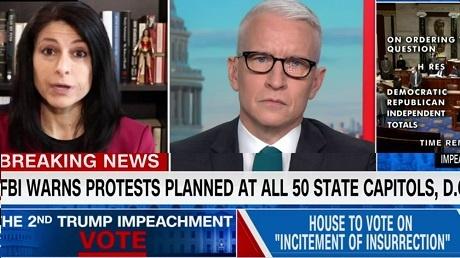 The Left Controls Corporate Boards and Media. We’re in a new era of news media, a clown world where true things are decried as false and false things are heralded as true.

If you follow the news, you know that something has changed. I’m not talking about media bias. The media has always been biased, sometimes in obvious and childlike ways, sometimes more subtly. That’s not what’s different.

What’s different is that corporate news outlets, together with major corporations of all kinds, now routinely present what is false as true and what is true as false. They deceive on purpose and without apology, and they do so in service of a leftist ideological and political agenda. This is new, and it’s dangerous.

Examples of this new media unreality are ubiquitous. Almost all the reporting on Georgia’s election reform law, for example, has been incorrect, misleading, or outright deceptive.

Amid a barrage of “reporting” and commentary on the law—including outlandish and false statements from President Biden, who said it amounted to “Jim Crow in the 21st century” and called the law “sick” and “un-American”—it has been nearly impossible to find any straight news articles that describe, in simple and dispassionate terms, what the Georgia law actually does.

It would not be hard to write such a story if any news organizations cared to do so. As it happens, the Heritage Foundation has posted one of the few articles that simply describes what the law does in an effort to correct the false corporate media narrative that this is a “voter suppression” law.

Contrary to what has been reported by The New York Times, the Washington Post, CNN, and many other corporate outlets, the Georgia law doesn’t contain any onerous voter ID requirements. It simply replaces a shoddy signature match system with a voter ID system, and provides that any Georgia resident can get a state ID for free if he doesn’t already have one (97 percent of registered voters in Georgia already do).

Also contrary to widespread reports, the law doesn’t eliminate drop-boxes for mail-in ballots. Such drop-boxes didn’t exist in Georgia prior to last year; they were an ad-hoc pandemic measure. The bill simply codified them into law, providing a certain number of drop-boxes for every county.

The law also doesn’t ban drinking water while waiting in line at the polls, it simply prohibits political groups from distributing food and water at polling places to prevent efforts to influence voters.

And on and on. In reality, Georgia’s voting law is a ho-hum tweaking of state voting laws. But in the phantasmagoria of corporate media, it’s the new Jim Crow. Major corporations have committed to this fantasy, publicly denouncing the law, intentionally mischaracterizing what it does, and in the case of Major League Baseball, which pulled its All-Star Game out of the state, taking concrete actions.

Other corporations have settled for issuing intentionally misleading statements. Delta and Coca-Cola, two of the largest employers in Georgia, came out against the law last week. Coca-Cola’s chief executive James Quincey said the new law “makes it harder for people to vote, not easier.” Delta’s chief executive, Ed Bastian, said more or less the same thing.

Both of them are wrong — and not as a matter of interpretation or rhetoric. They are factually, objectively wrong. The bill does not make it harder for anyone to vote. Period. Any assertions that it does make voting harder would be treated as lies or errors of fact in a reality-based media world.

But we don’t have a reality-based news media, so corporations feel no need to be reality-based. On Monday, United Airlines declared, “Legislation that infringes on the right to vote of fellow Americans is wrong.” Yet there is no such legislation, in Georgia or anywhere else. It is not real. Yet United—and Delta, and Coca-Cola, and many others—are asking us to believe that it is.

The ‘Insurrection’ Was a Largely Peaceful Protest

Other examples abound — indeed, we are deluged by them on a daily basis. A writeup of a new Reuters/Ipsos poll about the Jan. 6 riot at the U.S. Capitol opens with a line about how “former President Donald Trump and his Republican allies have pushed false and misleading accounts to downplay the event that left five dead and scores of others wounded. His supporters appear to have listened.” The poll itself found about half of Republicans “believe the siege was largely a non-violent protest.”

Yet it is a straightforward statement of fact that what happened on Jan. 6 at the U.S. Capitol was largely a non-violent protest. Tens of thousands of Trump supporters, possibly more, peacefully marched from the White House Ellipse, where Trump spoke, to the U.S. Capitol grounds, where they demonstrated. Out of this mass of peaceful protesters, several hundred people fought with police and stormed into the Capitol.

If the words “largely non-violent protest” have any meaning at all, that’s what Jan. 6 was. Eyewitness accounts of the day, coupled with subsequent investigations by law enforcement, confirm that the vast majority of protesters at the Capitol on Jan. 6 were peaceful. Given the size of the Capitol grounds and the number of people involved, many protesters were completely unaware of the breach of the Capitol and only learned about it later that day from news reports.

But corporate media outlets like to use misleading phrases like, “the insurrection that left five dead and scores of others wounded” to make the events of Jan. 6 seem like something they were not, like a violent mass riot — something more like the Black Lives Matter riots we saw across the country last summer, which the media downplayed or justified.

Yes, five people died that day. Two died from medical complications (a heart attack and a stroke), one was trampled to death in a crush of people, one was shot dead by Capitol police, and one, a U.S. Capitol Police officer named Brian Sicknick, died of still-unknown causes. (The New York Times and other major outlets initially spread false reports that pro-Trump rioters beat Sicknick to death with a fire extinguisher. There is no evidence that ever happened.)

It’s not even accurate to call it, as almost every media outlet does, an “insurrection.” How do we know? Because prosecutors have yet to charge even one rioter with treason or sedition. Instead, most of the rioters are being charged with misdemeanor trespassing and will likely not even face jail time.

I could go on. Tomorrow there will be a new crop of stories based on pure fantasy, lies presented as truth and truth denigrated as lies. This is a new era for the news media, and indeed for American society as a whole. We used to disagree on the importance of things; now we disagree on the things themselves, on what’s real and what isn’t, what happened and what didn’t. This is dangerous, because if we can’t agree about objective facts, about what really happened, then we can’t have debates or forge compromises or otherwise govern ourselves and maintain a free republic.

That’s why it’s so important right now to insist that our corporate media, and indeed corporations of all kinds, are honest about reality. If they refuse, if they persist in their deceptions and lies, then it’s up to ordinary Americans to stop reading, stop watching, stop subscribing, stop patronizing. Insist on a modicum of honesty — and if they can’t give that, don’t give them a cent. 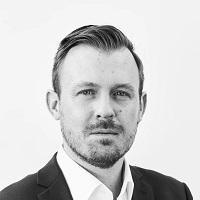 Author: John Daniel Davidson is the Political Editor at The Federalist. His writing has appeared in the Wall Street Journal, National Review, Texas Monthly, The Guardian, First Things, the Claremont Review of Books, The LA Review of Books, and elsewhere. Follow him on Twitter, @johnddavidson.
Read full article on THE FEDERALIST