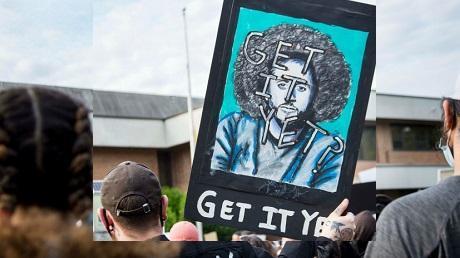 In a hyper-politicized America, you might think that the one thing a professional sports league would want to avoid is politics.

But it’s 2020, the year of COVID-19 lockdowns, riots, a presidential election, and endless virtue signaling to an avowed Marxist organization called “Black Lives Matter” – so if you thought sports leagues would avoid the politics, you’d be wrong.

Though it has become quite clear that anarchists have hijacked the George Floyd incident in Minneapolis to push their agenda of destroying the U.S. from the inside out, the num-chuks who run professional sports leagues and a majority of their players still believe the rioting, looting, and burning has something to do with ‘racial injustice.’

And so, they have all decided to ‘use their platforms’ to accuse half or more of their fans of being too bigoted or, at a minimum, insufficiently ‘woke’ (especially you white fans).

As the NFL prepares to launch its ‘season of wokeness’ tonight, a new Gallup survey has found that support for all pro sports in America has tanked, likely because after being inappropriately locked down for months over a virus, the last thing fans wanted was to be lectured to about how unfair our country is to black people by millionaire athletes who are black.

Gallup has been tracking of Americans’ view of various business sectors for 20 years. They released their latest poll results on Tuesday. It’s worth taking a look at the whole thing to see for example that the farming and healthcare industries had double-digit percentage favorability gains year-over-year. Sports had a precipitous fall since last summer, especially among Republicans and Independents. ...

The part that really pops out is the view of Republicans and Independents. Republicans went from +11 to -35, a 46-point drop. Independents went from +26 to -10, a 36-point drop. Perceptions dropped more among women than men; perceptions also dropped more in points amongst non-white Americans than white Americans, but because of how positively non-white people viewed sports in 2019 it’s still net +16 among that group whereas it’s now -22 among whites.

Remember when Americans used sports to escape from the often tedious nature of life, and especially politics?

"Sports has been acutely affected by the twin events steering news and culture in 2020: the pandemic and the renewed movement for racial justice,” Gallup writes.

“The sports industry’s relationship with fans has been disrupted by the need to shrink its seasons and schedules and play to empty venues as a means of keeping fans and players safe. At the same time, the greater social and political activism of players and, in some cases now, coaching staffs and entire leagues appears to have turned off Americans who disagree with their messages or the way they express them. The net effect at this point has been negative for the industry’s image," Gallup continued.

Can sports make a comeback? Sure -- all these leagues have to do is drop the political BS and play. No one is telling them they can't be Democrats or Republicans or support political organizations.

We're simply asking, "Can't you do that on your own time?"

As for the NFL, a new survey ought to be a huge red flag for the league – but will it matter?

The only thing that will matter is for masses of fans to abandon all sports until the leagues bleed so much money they’ll drop the political nonsense and get back to doing what they used to do: Give all fans a respite from our daily grind. 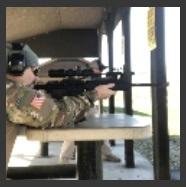