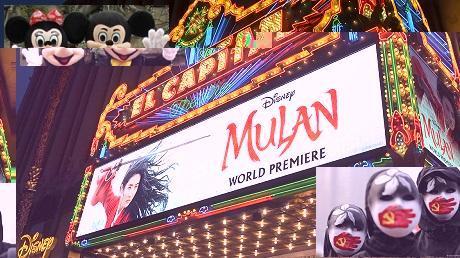 Disney is facing criticism for filming where China’s Uighurs are allegedly being interned more than a year after CEO Bob Iger suggested the company might be forced to cut ties with Georgia after the state passed an anti-abortion law.

In the credits for the live-action version of “Mulan,” Disney thanked a Chinese agency called Turpan Municipal Bureau of Public Safety, which is allegedly responsible for running internment camps housing individuals from the country’s Muslim minority groups, the BBC reported Monday. Disney filmed the movie in Xinjiang, China, where Uighur people have reportedly been imprisoned.

Iger told Reuters in May 2019 that it would be “very difficult” to do business in the state of Georgia after Republican Gov. Brian Kemp signed a law banning abortion if a doctor can detect a fetal heartbeat. Disney has made several movies in the state, including “Black Panther” and “Avengers: Endgame.” The law took effect in January of 2020.

Georgia offers film studios tax credits and the film industry is responsible for creating more than 92,000 jobs in the state, according to the Motion Picture Association of America. More than 450 productions were shot in Georgia in 2018, Reuters reported, citing state data.

“I rather doubt we will,” Iger said during an interview in 2019, referring to whether the company will stay in Georgia. “I think many people who work for us will not want to work there, and we will have to heed their wishes in that regard. Right now we are watching it very carefully.”

He added: “I don’t see how it’s practical for us to continue to shoot there” if the law takes effect.

“Why did Disney need to work in Xinjiang? It didn’t. There are plenty of other regions in China, and countries around the world, that offer the starkly beautiful mountain scenery present in the film. But in doing so, Disney helps normalize a crime against humanity,” he said.

“While the CCP is committing crimes against humanity in Xinjiang, @Disney thanked four of the propaganda departments that are lying to the world about these crimes,” Republican Rep. Mike Gallagher of Wisconsin wrote in a tweet Tuesday, referring to the Chinese Communist Party.

Numerous reports have shown Uighurs being held in concentration camps and being subjected to forced sterilization. Chinese officials deny any wrongdoing in Xinjiang, and claimed in an April statement that there is no “detention of a million Muslims from Xinjiang.”

The Chinese government is working to lower the birthrates of Uighurs while encouraging other native populations to have more children, an Associated Press investigation published in June found.

The study was based on interviews with former detainees, family members, and a former detention camp instructor, as well as government statistics and documents, AP said. 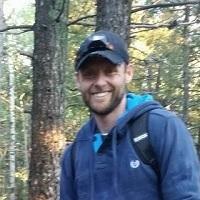 Author: Chris White is a reporter for The Daily Caller News Foundation.
Read full article on The DAILY SIGNAL