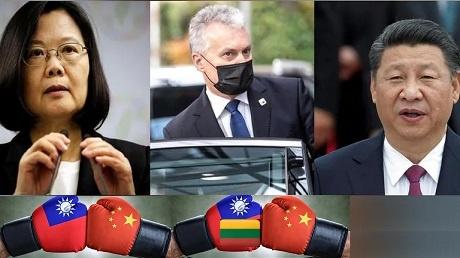 Lithuania faces China: democratic conviction against the threat of the giant.  Lithuania and Taiwan give us some optimism, they are two examples to defend freedom, what is essential is to have clear ideas, courage and conviction.

Lithuania is an example of a country with a strong democratic system.

Lithuania is a small Baltic country of 2.8 million inhabitants that already faced Soviet Russia and Putin's aggressive autocracy. Now it has decided to take on the Chinese dictatorship as well. This juncture not only reflects courage and conviction. It is a compelling example for a large number of small and medium-sized, middle- and high-income democracies that argue that it is not possible or desirable to confront authoritarian powers because part of their own prosperity depends on trade with them.

The courageous Lithuanian attitude leaves them in an awkward position. Not only does it confront China and recognize Taiwan (by opening a trade office) but it does so located on the very border with Russia (in the southern enclave of Kaliningrad). In other words, it does not argue the inexorable need for neutrality from a distant South America, Central America or southern Africa but even does so under the nose of authoritarian Russia and being a member of a European Union which, by the way, is a political space that is all too comfortable with the exercise of equidistance towards China promoted by Berlin.

The chairmen of the foreign affairs committees of the parliaments of 11 European countries and the United States signed a strong joint statement Friday, Aug. 27, condemning China's efforts to punish Lithuania because of its rapprochement with Taiwan. The lawmakers, including Democratic Senator Bob Menendez, said they strongly rejected Beijing's political and economic pressure on Vilnius. In the words of the missive, "Interference in the internal affairs of a European Union and NATO state is neither welcome nor appropriate."

So who stands up for the noble idea of liberal democracy, threatened today by dictatorships like China and autocracies like Russia? In the midst of these difficult times, where different challenges cross the U.S. and the European Union, the courage of little Lithuania offers some optimism but, even more, it represents a strong wake-up call for neutrals who repeat (even to the point of convincing themselves) that a small or medium-sized democracy should not and cannot face a large and rising dictatorship. They fail to understand that what is costly today will be very costly tomorrow and the day after tomorrow will be very difficult to change.

Lithuania and Taiwan give us some optimism. Not coincidentally, their paths have met and they are two extraordinary examples that demonstrate that to defend freedom size is important but, in truth, what is essential is to have clear ideas, courage and conviction.

Lithuania has become an extraordinary example for the rest of the free world, particularly, it bears repeating, for small and medium-sized democracies that excuse themselves in their size and their distance from China or Russia for not getting involved in the explicit defense of individual rights and the principles of open societies. Lithuania exposes that it is possible to be a small country of 2.8 million people with a border with the world's largest autocracy, Putin's Russia, and even in that scenario to confront the world's largest dictatorship, Xi Jinping's China. Reason and passion versus force, threat and violence. It is a formidable event in the midst of these troubled times. 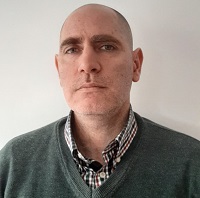