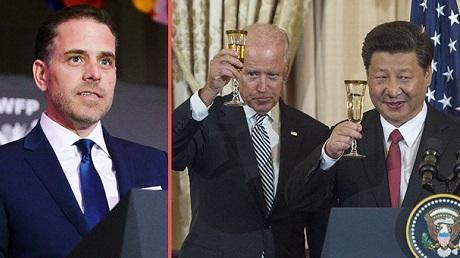 The explosive new doc, “Riding the Dragon: The Bidens’ Chinese Secrets,” says China and it's military benefitted from Hunter's deals in a way that has potentially put America's national security at risk.

A preview of the documentary, which was obtained by The New York Post, highlights several deals that the younger Biden was involved in as a board member of the Beijing-based BHR Partners investment firm.

Hunter was only able to secure meetings with Chinese officials — and acquire $1 billion in funding — “because of who his father was: vice president of the United States,” the film alleges.

At the time, Joe Biden was then-President Barack Obama’s “point person on US policy towards China.”

The doc states that the Biden family profited substantially from the deals, but their arrangement had "had potentially dangerous consequences" for American national security.

The 41-minute documentary is narrated by best-selling writer Peter Schweizer, who authored 2015’s “Clinton Cash: The Untold Story of How and Why Foreign Governments and Businesses Helped Make Bill and Hillary Rich” and has previously written about Hunter’s business dealings in China.

It is being shown online by the BlazeTV network, which on Thursday finished posting it to YouTube in six segments, according to Fox News.

Following the founding of BHR in 2013, Schweizer says, “Hunter’s new firm … began making investment deals around the world that would serve the strategic interests of the Chinese government.”

He adds: “This new firm started making investment deals that would serve the strategic interests of the Chinese military.” 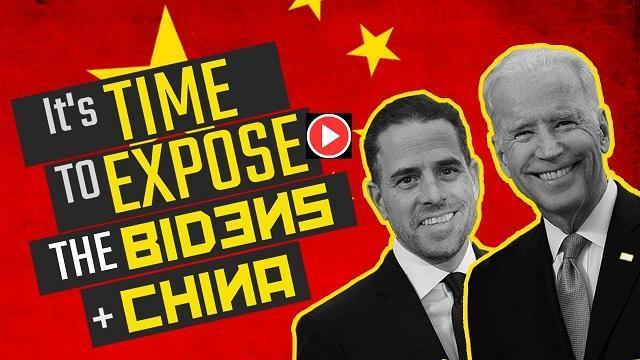 The deals discussed in the film include a 2015 joint venture between BHR and AVIC Auto — a subsidiary of the state-run Aviation Industry Corp. of China (AVIC), which makes aircraft for the Chinese military — to purchase Henniges Automotive, an American auto-parts maker.

Schweizer says that Henniges’ products are considered “dual-use” for both civilian and military purposes.

In December 2016, the FBI busted a China General nuclear engineer, Szuhsiung “Allen” Ho, for conspiring to help China illegally obtain “sensitive nuclear technology” from within the US.

Ho, a naturalized American citizen, pleaded guilty the following year and was sentenced to two years in prison.

Schweizer also says that after Chi Ping Patrick Ho, an executive with CEFC China Energy Co., was busted by the FBI in 2017 for bribing officials in Africa, “one of his first calls” was to James Biden, Joe Biden’s brother.

Last year, James told The New York Times that he believed Ho — who was later convicted by a Manhattan federal jury and sentenced to three years in prison — had been trying to reach Hunter and that he provided his nephew’s contact information.

“Why exactly was he calling Hunter Biden? What sort of help was he expecting?” Schweizer asks.

“We don’t know the answer to that question.

"But what we do know is that the Bidens have cultivated very close relationships with members of the Chinese elite.”

A top #Ukraine government official has announced during a press conference that he has documentation, that he says, proves former Vice President #JoeBiden was paid $900,000 to lobby for his son, Hunter Biden's Ukranian company, #Burisma.
READ MORE: https://t.co/VHQbAfj2wD

Other deals mentioned in the film include BHR’s 2017 agreement with the China Molybdenum Co. Ltd. — one of the world’s largest producers of molybdenum, a metallic element that’s used to make alloy steel for weapons and other items — to acquire a 24 percent stake in the massive Tenke copper mine in the Democratic Republic of Congo.

Schweizer notes that BHR’s deal with the company came after the World Trade Organization ruled against China’s restrictions on the export of “rare earth” minerals — including molybdenum — following complaints by the US, the European Union, and Japan.

But a screenshot used to illustrate the case showed a CNN headline from 2012, “Obama hits China with trade complaint,” which topped a story that was actually about automotive exports.

Schweizer’s discussion of another BHR investment — in a Chinese company called Face++, which sells facial-recognition software — is also accompanied by an outdated screenshot of a story by The Intercept.

That report was updated more than two months ago to remove a headline claim that the technology was used to “surveil Muslims” and to note that a “troubling report” on the company’s cellphone app by Human Rights Watch — mentioned in the story’s first sentence — “has since been walked back.”

In the film’s conclusion, Schweizer says that “these deals didn’t just make the Bidens money — they had potentially dangerous consequences for our national security.”

Schweizer acknowledges earlier in the film that “we can’t know for sure” how much money the Biden family profited from the deals.

But he estimates that Hunter’s 10 percent stake in BHR — from which Hunter announced plans to resign in October amid public pressure during his father’s primary campaign — is “worth millions of dollars and stands to be worth even more as its China partnership prospers.”

Hunter’s lawyer has denied he was ever compensated while on the BHR board or profited from his part-ownership, according to The New York Times, which has said he invested $420,000 for his 10 percent share in October 2017, after his father left office.

Other claims in the film have also been disputed, including that the deal for $1 billion in funding was finalized 10 days after Hunter accompanied his father on a 2013 trip to Beijing.

Last year, a BHR representative told The New Yorker that the agreement, to which Hunter was not a signatory, was executed before the trip and that a business license came through shortly afterward.

Hunter’s lawyer has also said that BHR was initially capitalized with only about $4.2 million, according to CNN.

Joe Biden’s campaign declined to comment on the film beyond providing a list of 15 “fact check” news reports that address various allegations about Hunter’s business dealings in China.

They include two that say China Molybdenum was already the majority owner of the mine when the BHR agreement was struck and that BHR later offered to sell its share to China Molybdenum at a “modest” loss, but the deal fell through.

Six of the other news stories address comments made by President Trump, who doesn’t figure in the film.