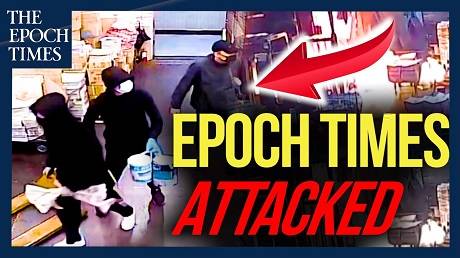 Several organizations, human rights activists and politicians from Latin America condemned the recent attack on The Epoch Times printing plant in Hong Kong-and the Chinese regime that is allegedly linked to the incident-and called on the international community to investigate the incident.

In the early hours of April 12, four masked men broke into The Epoch Times printing plant in Hong Kong, destroying the presses with hammers and throwing debris on the equipment. This attack was allegedly orchestrated by the Chinese Communist Party in an attempt to silence an independent media outlet that reports on taboo subjects for the Chinese regime.

Spanish MEP Hermann Tertsch spoke out against the attack and said that "no one who denounces the barbaric human rights violations of the Communist regime in Beijing is safe from reprisals by the dictatorship," in a tweet on April 13. "But there is no stepping back," she added.

For Spanish lawyer and VOX representative in the U.S., María Herrera Mellado, the violence carried out against The Epoch Times is "disturbing."

"At a time when socialism is advancing by leaps and bounds, the culture of cancellation and even totalitarian regimes are being whitewashed, ordinary citizens-and especially lawyers-must unite to defend freedom of the press," said Mellado.

Cuban activist Rosa María Payá also showed her support for the media and said that this attack demonstrates the "censorious nature [of the CCP] and its fear of citizens' freedom of expression."

"This attack represents the CCP's deep fear of free thought and truth," she said. "It remains on our part to continue to wage the cultural battle, not to remain silent and not to give in to darkness but on the contrary to oppose it with all our might," he added.

This recent event is the fifth attack on the Hong Kong printing press of The Epoch Times. In November 2019, four masked men set fire to the same location. In February 2006, thugs broke into the print shop and in October 2012, the door of the print shop was damaged. Later that same year, seven men attempted to break through the door but fled after police were called.

With much of Hong Kong's media tilting in favor of Beijing in recent years, the Hong Kong edition of The Epoch Times is one of the few independent media outlets in the city covering abuses by the Chinese regime in mainland China, Hong Kong and abroad.

José Daniel Ferrer, president of the Patriotic Union of Cuba (UNPACU) and an activist who recently went on hunger strike in protest of Cuba's regime also spoke out. "[This attack] undoubtedly bears the hallmark of the infamous aggressions of the enemies of freedom in China."

"We know how much [the Chinese regime] resents the journalistic work of The Epoch Times. The CCP-much like the Communist Party of Cuba-is an enemy of freedom of the press, freedom of speech and all fundamental human rights and freedoms."

The Chinese regime's position is that it is an enemy of freedom of the press, of freedom of expression and of all fundamental human rights and freedoms."

Also, the representative of Prisoners Defenders in the European Union, Javier Larrondo Calafat, also spoke out to reject the attack. "When a media outlet is attacked for defending freedom of information, its vital importance becomes even more apparent," he said.

"This is yet another attack by the Chinese communist government on the rights and freedoms of the people of Hong Kong and on such a prestigious media outlet as the Epoch Times. It is important for the world to see the true face of the Chinese Communist dictatorship," he said. "To defend the freedom of Hong Kong and Taiwan is to defend our freedoms," the Cuban added."

Gutiérrez-Boronat also said that several Latin American countries will hold a virtual event of solidarity with Hong Kong and the 47 jailed lawmakers this April 14. In late February, the Hong Kong Police charged 47 pro-democracy activists with "subverting state power" under the controversial draconian security law imposed by Beijing in the middle of last year.

The director of Patria de Martí and The CubanAmerican Voice, Julio M. Shiling, also voiced his support, saying the attack on the Epoch Times "is a barbaric and criminal expression of Chinese communism" against free speech. "The free world cannot remain passive in the face of this aggression by the CCP," he added.

On the other hand, Venezuelan activist and president of VEPPEX, Jose Antonio Colina said he believes these attacks are part of China's strategy for "trying to subdue" anyone who denounces the regime's serious violations.

"We are very dismayed with this attack and we raise a protest before the international community to investigate these facts and to be in solidarity with the defense of freedom of expression, the defense of the expression of ideas, and above all the safety of media such as the Epoch Times-which without a doubt have been a bulwark in the projection of democratic values and in promoting respect for human rights," he added.

The deputy of the National Assembly, Freddy Superlano, said he hopes this "does not become a practice" in a place where "it was customary" to have freedom of expression.

Manuel Zalba, Spanish analyst and coordinator of Red Iberoamérica LIDER, also joined the international condemnation of the attack on the printing press, for representing a "faithful advance of the pressure" that has been exerted in Hong Kong for nearly 2 years.

"This is not just censorship, but it is extreme violence being done by the CCP to The Epoch Times, which does nothing more than give a clean and clear version of what is happening," he added.

Several U.S. lawmakers. also added their voices of solidarity and protest in the face of the attack against the media.

They also added their voices of solidarity and protest in the face of the attack against the media. 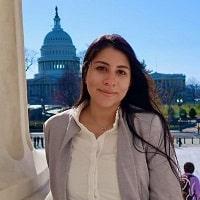