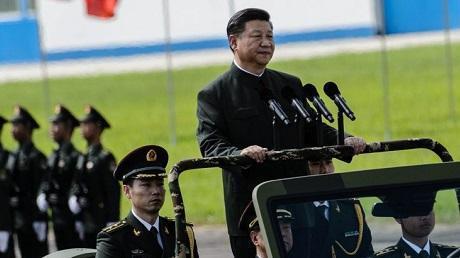 American Companies Used To Collaborate With The Nazis. Now They’re Working With The Chinese Communist Party.

The decades-long financial investment of American multinational corporations in China has created a situation where collaboration with the Chinese Communist Party (CCP) abets the regime’s most grievous abuses.

Collaboration with an autocratic regime with documented cases of human rights abuses is not new in the history of corporate America. Many prominent American companies collaborated with Nazi Germany and several allegedly profited from concentration camps and the German war machine in World War II.

IBM established its Dehomag subsidiary in Germany after Adolf Hitler become Chancellor in 1933 and used its new factory and American capital to aid in the Holocaust, according to the Jewish Virtual Library. (RELATED: Poland Seeks Restitution For Nazi Occupation — The Numbers Are Staggering)

Investigative journalist Edwin Black wrote in his book IBM and the Holocaust that the company’s technology was used to manage the “logistics of genocide” by creating punch card machines that tracked Jews and other populations across Europe and in the concentration camps.

Information uncovered by the National Archives in 2001 revealed that American photography company Eastman Kodak had established financial ties to Nazi Germany through its subsidiaries. The subsidiary reportedly had at least 80 slave laborers in its Berlin-Kopenick factor and around 250 in its Stuttgart plant, according to The Nation.

American car companies Ford and General Motors were caught in the middle of a civil case in 1998 which revealed the two companies were also collaborators with Nazi Germany, The Washington Post reported. “GM was an integral part of the German war effort,” said attorney Bradford Snell. He also alleged that the Nazis “could not have [invaded Europe] without GM.”

Nazi Germany operated nearly 44,000 concentration camps during its existence and used them for purposes ranging from forced labor to mass sterilization to genocide, according to the U.S. Holocaust Memorial Museum. The systematic and destructive nature of these programs echoes aspects of the CCP’s Strike Hard Campaign in the Xinjiang autonomous region today.

China has formalized and expanded re-education camps in Xinjiang with the goal of curbing Islamic extremism and ethnic separatism among the country’s Uighur Muslim minority. The program is reported to involve strict digital surveillance, banning public prayer, forcing Muslim men to shave their beards and forcing Muslims to eat during the month of Ramadan.
An Associated Press investigation in June reported a “demographic genocide” after finding widespread use of forced abortion and birth control in the detention camps. (RELATED: Investigation Finds That China Uses Uighur Labor To Produce Masks)

While CCP officials like Chinese Ambassador to the U.K. Liu Xiaoming have denied or downplayed the reports, recent revelations have demonstrated that American companies are financially invested in Xinjiang forced labor camps.

Nike subsidiary Qingdao Taekwang Shoes Co. was reported to be using the forced labor of Uighur Muslims in order to produce the components of shoes and other Nike products, according to The Washington Post. About 700 workers in Taekwang’s Laixi plant were reported to be Uighurs.

A report from the Australian Strategic Policy Institute earlier this year concluded that 83 companies were benefiting from “potentially abusive labour transfer programs” in Xinjiang.

Disney has pursued joint ventures with state-owned Chinese enterprises worth billions of dollars, The National Pulse reported. The $5.5 billion investment in Shanghai Disneyland is overseen by the state-owned Shanghai Shendi Investment Group, which owns a 57% stake in the venture.

Shanghai Disneyland reportedly employs hundreds of CCP members and displays of the communist hammer-and-sickle can be found in the park’s offices, according to the Wall Street Journal. Employees also reportedly “attend party lectures during business hours” at a center near the park.

Hollywood studios have increased collaboration with state-backed Chinese production companies and firms like Tencent, The Atlantic reported. In order to gain licensing rights in China, American movies are subject to scrutiny by the Chinese government and the CCP’s publicity department.

The response to Houston Rockets general manager Daryl Morey’s tweet in 2019 about Hong Kong indicates the extent of the NBA’s investment in China. NBA star Lebron James and Commissioner Adam Silver have been criticized for not defending Morey.

The ordeal is also an indication that the CCP is maintaining pressure on the NBA regarding sensitive diplomatic issues, as Chinese sponsors severed ties with the NBA after the comments were made. 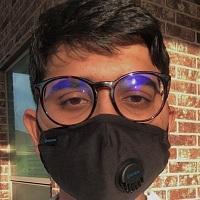