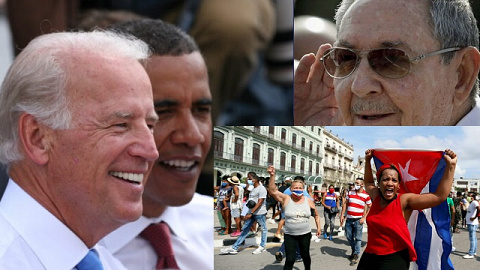 When the Marxist dictatorship announced, four months after 11J, that it was orchestrating another mass exodus to the U.S. by way of Nicaragua up through Mexico, Biden had another chance to challenge 63 years of Castroist control. By defending American territorial sovereignty, the U.S. could have denied Cuban Communism an escape hatch. Shamefully, the socialist regime in Havana, in praxis, unilaterally reinstated the “wet foot/dry foot”, pre-2017 American immigration policy. Consequently, since November 2021, over 200,000 Cubans have entered the U.S. In addition to simmering down potentially dangerous social discontent on the island (dangerous for Castroism), the U.S. has suffered a major humiliation of having a communist dictatorship impose its survivorship whims on its domestic policy.

The constant and acute electricity power outages throughout Cuban territory, has prompted nationwide protests threatening the Castro regime’s stability. It is not a coincidence that this has become a habitual occurrence since the Russians invaded Ukraine. Putin’s banks served as an important channel for Castro-Communism to launder drug-trafficking money, as well as side-step the embargo and other American sanctions. U.S. support for Ukraine is probably the only thing the Biden government has done on behalf of Cuban freedom, albeit non-intentional and a matter of collateral consequence. Despite the escape valve facilitated by the pro-Castro authorities in Nicaragua and Mexico and abusive political prison sentences for protesters, Cubans, again, have heroically confronted the communist dictatorship in the public realm. What has the U.S. done on this occasion?

To be consistent in its pathetic position toward Cuba, Biden has apparently lent Cuban Communism the service of the FBI. Yes, according to a source within the Castro regime’s Interior Ministry and reported by CiberCuba on October 2, today’s American domestic national police and intelligence agency has come to the rescue of the sixty-three-year-old dictatorship by impeding the potential transfer of funds to the Cuban peaceful protesters by suspending flights between Miami and some Cuban cities. It is no wonder that the Marxist dictatorship desires so much the expansion of the Castro-Obama pact.

Biden is competing with other American presidents on who has betrayed the cause of freedom in the Western Hemisphere more. John F. Kennedy, Richard Nixon, and Jimmy Carter are just some of the other White House occupiers who dodged historic opportunities. The only thing that, perhaps, has delayed an American “aid” package to, not Cuba but Castro-Communism, is the midterm elections. The depth of the appeasement of the U.S. towards Castroism will be contingent on the fortitude of post-2022 election pro-freedom American politicians, and Cubans in exile and the homeland. 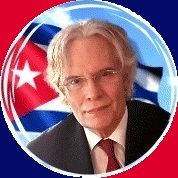